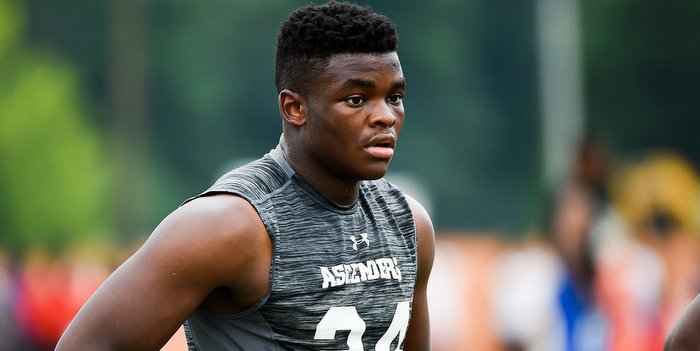 Jones announced his commitment to Clemson Thursday night via Twitter becoming the Tigers first commit for the 2018 recruiting cycle.

Jones was one of the standouts at the Tigers’ camp earlier this week but wanted to mull over trips to South Carolina, Auburn and Florida St. before deciding his next move. As it turned out, he knew the answer all along.

“I have known the last couple of days, but I just needed to get home and think about things,” Jones told TigerNet. “I had a lot of relationships with the staff and the players and the recruits that are going to be going there in the 2017 and 2018 classes. I just knew it was home. My boy Amari Rodgers, he was with Tee Higgins and Hunter Johnson at camp this week. I hung out with them while I was there.”

Jones has been a mainstay at Clemson’s camps over the years, making the decision even easier.

“I've known for a while. I've been going to Clemson's camp since the sixth grade every year,” he said. “On this visit, I realized that I'm surrounded by people that want to invest in my life and when you find a place like that, you know that's where you have to be. You have to find a place that you're comfortable and I'm comfortable with all of the coaches there and everybody on the staff. It's home.”

He has also built relationships with both defensive coordinator Brent Venables and defensive analyst Lemanski Hall. 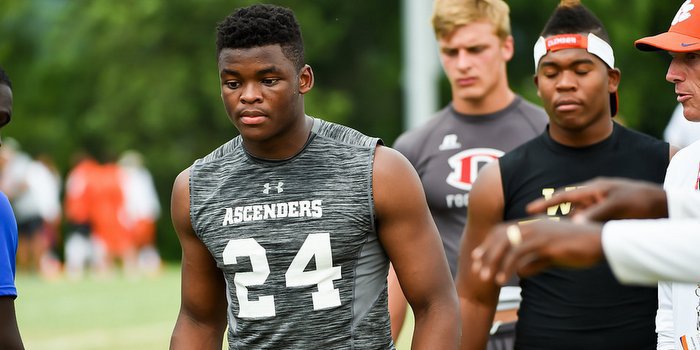 “Coach Hall, he just started there last year, and he's from Nashville,” Jones said. “Him and my dad had a relationship way before he even got to Clemson. He was talking about going to high school and to Clemson for a while. He's a longtime family friend.”

The 6-0, 200-pound prospect holds offers from Kentucky, Mississippi, North Carolina, N.C. State, Tennessee, and Vanderbilt, but he says his recruiting days are over, something he promised to Swinney and Venables when he made the call.

“I'm shutting my recruiting down. I called Coach Venables and Coach Swinney. They are both hyped up and excited and glad.”

Jones - who can play either linebacker or defensive back - had 54 total tackles, 10 tackles for loss, three sacks, three interceptions, one forced fumble and two fumble recoveries. He also averaged 29.9 yards per punt on nine punts.