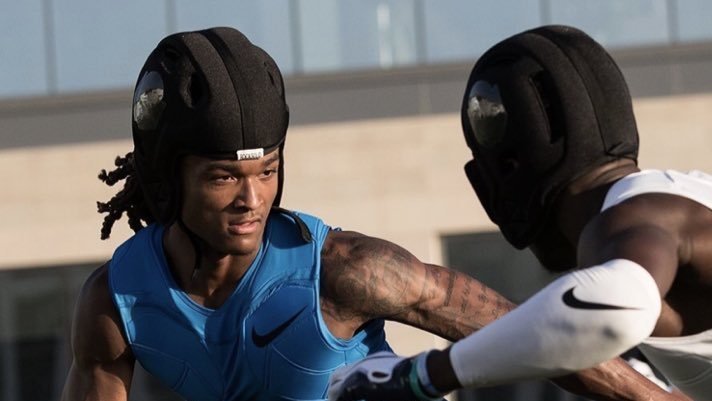 Hill shows his coverage skills during The Opening last week

Even without an official offer, Clemson has managed to catch the attention of four-star cornerback Jaydon Hill.

The 2019 Madison (AL) Bob Jones prospect is the No. 11 prospect in the Yellowhammer State according to 24/7 Sports. Hill caught the eye of Clemson coaches after his camp performance earlier this summer but is still awaiting the highly coveted offer.

“If I were to come out with a top school list, Clemson would be in my top school list,” Hill told TigerNet during a recent interview at Nike’s The Opening in Frisco, Texas. “I mean they are showing a lot of love, they still haven’t offered yet, but an offer would really push them up there. They are still chasing me though.”

Hill attended head coach Dabo Swinney’s high school camp in June and the last week’s The Opening events, where he wowed spectators and even for Dallas Cowboys star Deion Sanders with his quick feet and coverage skills against some of the top wide receivers in the country.

“They liked my style of play, they love my feet at the line, and they like my instincts. That’s mostly about it,” Hill told TigerNet.

During the first part of the summer, Hill attended camps at top name schools such as Alabama, Tennessee, South Carolina, and Florida. However, none of those facilities compared to Clemson’s.