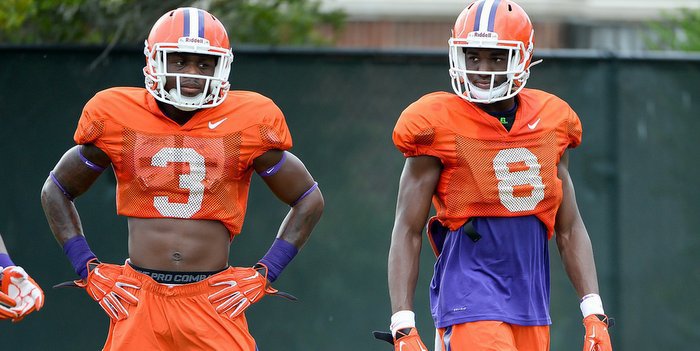 A little later today, just 49 days since the Tigers finished the 2015 season against Alabama in the College Football Playoff National Championship, preparations for the 2016 campaign will begin with the start of spring practice.

The Tigers will hold 15 practices, culminating with the annual Orange and White Game on April 9th. For those that don’t like downtime, it also begins a busy two-week stretch for Clemson athletics.

Next week is more of the same, except Clemson plays in the ACC Tournament in Washington, D.C., the Tigers will have spring practices that week, and Clemson’s annual Pro Day will be on March 10th.

Back to Monday – we will have a press conference with head coach Dabo Swinney early this afternoon to preview the spring, the media can watch the first 30 minutes of practice later in the afternoon and we’ll have our first player availability later in the day. Football is back, and while Clemson has one of the best teams in the nation, there are still questions.

Here are a few of the questions we’ll be asking Swinney and the coaches over the next several days. 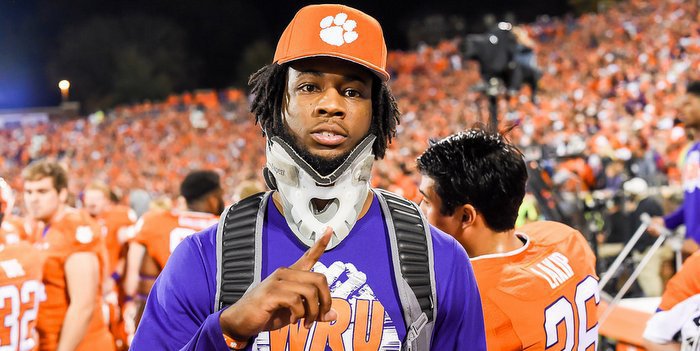 2. What about Deon Cain? The talented wide receiver missed a game at Miami midway through last season and then missed the Orange Bowl and title game – he was sent home from Miami a few days before the game. Swinney has told the media that Cain is with the program, and he’s been in school. We’ve also seen videos where he’s been working out with the team, but we don’t know a lot more than that. Will he be available all spring? Will there be any further disciplinary action, such as a missed game or games next fall?

As long as we’re mentioning special teams….what can the Tigers do to improve the return game? The Tigers haven’t really been a threat to return a kick for a touchdown in a long time, and a kickoff hasn’t been returned for a score since Sammy Watkins did it at Maryland in 2011. With so many athletic skill players that have come through the program, that’s a shame.

3. How healthy is Mike? Wide receiver Mike Williams missed all but the first series last season, his last play a touchdown reception that saw him slam headfirst into the goal post and break vertebrae in his neck. We’ve seen the videos of Williams working out, but Monday will be the first time the media gets to see Williams in action. His return will be a big boost to Deshaun Watson and the passing game – when healthy he’s one of if not the best receiver in the nation.

4. Where will the pass rush come from? Kevin Dodd and Shaq Lawson combined for 49 tackles for loss last season, but they’ve both moved on and that leaves a ton of question marks at the defensive end spot. Can Richard Yeargin or Austin Bryant provide enough of a push to help out the secondary? Will the pressure have to come from the linebackers, leaving the secondary and the middle of the field exposed? One name we keep hearing is Clelin Ferrell……will he be the surprise of camp?

5. Can the secondary recover from key losses? The Tigers lost both starting safeties and one starting cornerback from last year’s team, and all three were underclassmen. Add in the transfer of Jefferie Gibson and secondary coach Mike Reed has a bit of a rebuilding job. That’s the kind of thing that hurts depth, and the Tigers will be tested there this season. The good news is that starting cornerback Cordrea Tankersley – who flirted with the idea of going pro as well – is back and he’ll anchor the unit. Both Jadar Johnson and Korrin Wiggins bring experience to the safety spot, and Van Smith saw action there last season. Tanner Muse red-shirted last season and should be ready to contribute.

Tankersley actually played 887 snaps last season to lead the group, while Johnson added 231 and Smith 75. At the corner spot, Adrian Baker had two key interceptions and is primed to have a breakout season after playing 211 snaps last season. Ryan Carter also played over 200 snaps, while Mark Fields added 78 and Marcus Edmonds 73. The secondary will get a boost with Trayvon Mullen over the summer, so the spring will be key for some of the younger secondary players.

So it begins, and the questions for 2016 begin to be answered Monday.