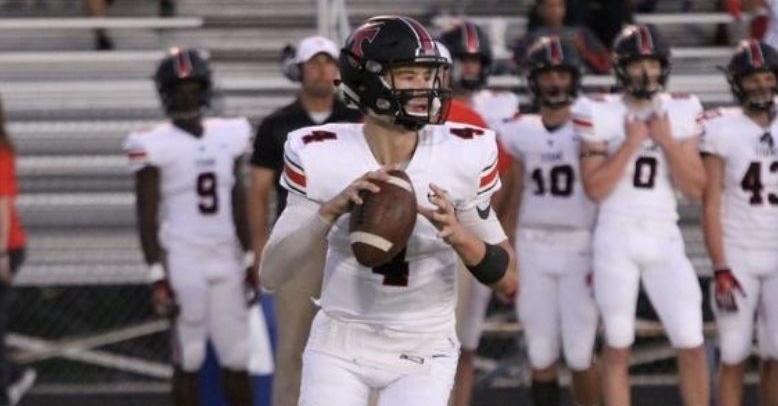 Chandler says the call with Clemson's Dabo Swinney was surreal.

A late-evening text and a FaceTime call have given Bubba Chandler a lot to think about.

Clemson made an offer to its next 2021 quarterback target Thursday night. Chandler is a two-sport star out of Bogart (GA) North Oconee who has been committed to Georgia for baseball. This week he got the word from the Tigers that he’s next in their ongoing search for a quarterback in the class.

The Tigers missed on two more highly rated prospects in five-star Caleb Williams and four-star Christian Veilleux. They then began to talk with Chandler and Lucas Coley of San Antonio. Thursday Dabo Swinney, Tony Elliott and Brandon Streeter decided to focus on Chandler.

Chandler said the offer was a surprise.

“I had been working in the yard most of the day and I was tired,” Chandler said. “I went into my room and decided to lay down and take a nap and fell asleep. My phone went off and it was Coach Streeter texting me that Coach Swinney was going to call me. The ding woke me up.”

Swinney made the FaceTime call a few minutes later.

“Well, it was surreal,” Chandler said. “Talking to Dabo and him saying the words, ‘Bubba Chandler you’re a baller and you now have a scholarship here’ were probably some of the coolest words I’ve ever heard. I will deeply consider being a Tiger. Being able to talk to him and get this kind of offer is something I have always dreamed of.”

Clemson is the first major football offer for Chandler who was set on going to Georgia to play baseball before this. His other football offers are Elon, Gardner-Webb, Western Kentucky, Mercer, Troy and Charlotte. Now with the football offer from Clemson, Chandler also plans to talk with baseball coach Monte Lee with the idea of playing both sports should he go there.

As for what’s ahead for Chandler in the process he said, ”I would like to visit (Clemson) before (a decision). I can’t give you an exact date but it should be summer.” Chandler said his decision is now 50-50 between Clemson and Georgia.

Chandler, whose given name is Roy, last season passed for 2098 yards completing 167 of 220 attempts, a 75% completion mark, with 27 touchdowns. He also rushed for over 500 yards and 4 touchdowns. In 10 baseball games this season before the suspension of school. Chandler, who is a right-handed pitcher and shortstop, was 2-0 with 16 strikeouts in 7 innings and was batting .435 with 2 home runs, 5 doubles, and 16 RBIs.