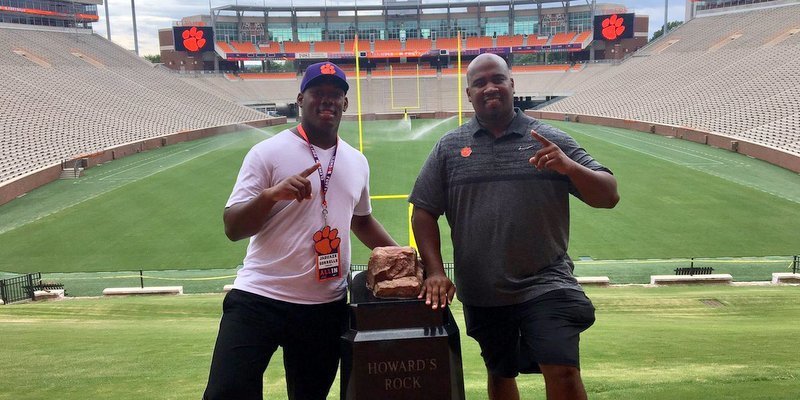 Clelin Ferrell and Austin Bryant may not have known it at the time, but their actions at Dabo Swinney’s high school camp impacted Florida commit Jaquaze Sorrells.

The 4-star Largo (FL) defensive lineman camped at Clemson back in June and took instruction from Clemson’s top two defensive ends, and he told TigerNet Sunday evening that his time at camp carried over to his junior season.

“Those boys are just beasts. I got the chance to workout with them over the summer, and I saw how those boys work and how they push themselves to be the best they can be,” Sorrells told TigerNet earlier this week. “I really took that into consideration going into my season. Just looking at those boys playing is just amazing.”

After his time at camp, defensive line coach Todd Bates convinced Sorrells to come back for a game – a trip he made last Saturday to see the Tigers and Seminoles – and he was so impressed he’s already making plans for another visit.

Sorrells also took note of Ferrell and Bryant’s production during the game.

“Even though Clemson doesn't have the same d-line coach (Marion Hobby) that they did last year, I feel like Coach Bates really stepped in and played the role,” he said. “He has picked up where the previous coach left off. I feel like Coach Bates is doing a good job with the defensive line. It's a good tradition at Clemson with the defensive linemen.”

The coaching staff’s message to Sorrells has remained consistent.

The 20th-ranked player in the ESPN Jr. 300 hung out with fellow defensive line prospect Curtis Fann, and the two had fun talking about what the future might hold.

“That would be good. Me and Curtis (Fann), that would be a good fit on the d-line,” he said. “We talked about playing together at Clemson. We're just going to do our own thing, but whatever happens, happens.”

In addition to Florida and Clemson, Sorrells claims offers from Kentucky, Michigan, Purdue and Virginia Tech, and while he wouldn’t comment on the status of his commitment to the Gators, he did say that the Tigers remain in good shape.

“Everything is still the same with Clemson. There are at the same point they were before. I'm just taking everything in from every school,” he said.