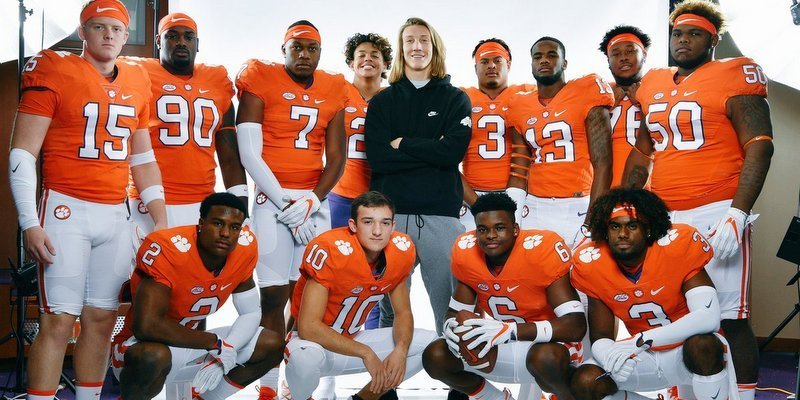 The Clemson coaching staff hosted its biggest recruiting weekend of the season for Saturday’s 61-3 victory over The Citadel, with several high-profile prospects joining committed members of the 2018 recruiting class on the visit.

From all we’ve heard, the coaches helped themselves with the visits. Mays spent time with Clemson commit and good friend Mike Jones and Ross brought his grandmother, mother, aunt and cousin. McFadden, a Virginia Tech commit, told TigerNet Sunday evening that the visit gave him a lot to think about and he’ll sit down with his mother and make a decision this week.

Once the game was over, Swinney took advantage of his new house and invited his staff, the prospects and all of their families over to his new house for supper. From all the reviews we’ve heard, the new home is already paying dividends.

“His new house is crazy,” Jones said. “We played pool in the basement and a basketball court. We had a great time over there. He said we were the first group he was hosting.”

Swinney took the recruits into his home office and started a new tradition – he had each of them sign a wall in his office closet.

“As soon as we got there everybody was taking videos and playing basketball,” linebacker commit Jake Venables said. “He took us into his office and showed us a wall, and he had everybody sign it. He said he wanted to start a new tradition. So that was really cool.”

Jones said that signing the wall shows Swinney’s loyalty to past players.

“I think Coach Swinney looks back at the teams back over time that paved the way for what we are today,” Jones said. “This is a pay it forward type of thing. He will show this to future groups and show them what we accomplished and show them what is expected of them.”

Venables said he was amazed at the talent on hand this weekend.

“I was looking around while we were doing the photo shoot, and I thought how amazing it would be if we all got to play together,” he said. “The whole weekend was an eye-opening experience. With the uncommitted guys, we grew our relationship from a Clemson standpoint and grew closer to them. I feel like we have a good chance with all of the uncommitted guys.”

Jones said he thinks the staff made inroads with the uncommitted prospects.

“If we get a class like this, oh my gosh,” Jones said. “We had a lot of dogs on the field yesterday. I feel like we made a lot of progress. Not just dealing with football. Everybody made new relationships, and that’s a big thing. I spent time with and met people I had never met before. I met a lot of new people. I honestly think if we sign all these guys, it would be close to the best Clemson class of all time.”

Jones then said he thinks the Tigers have a great shot with Mays, his childhood friend.

“I definitely think Clemson is still in it,” he said. “We have some of the best people in the country around Clemson. Great atmosphere. People with character. A great coaching staff. Some things you can’t duplicate anywhere else. I still think we get him, but we will have to wait until National Signing Day. Hopefully we do get my boy.