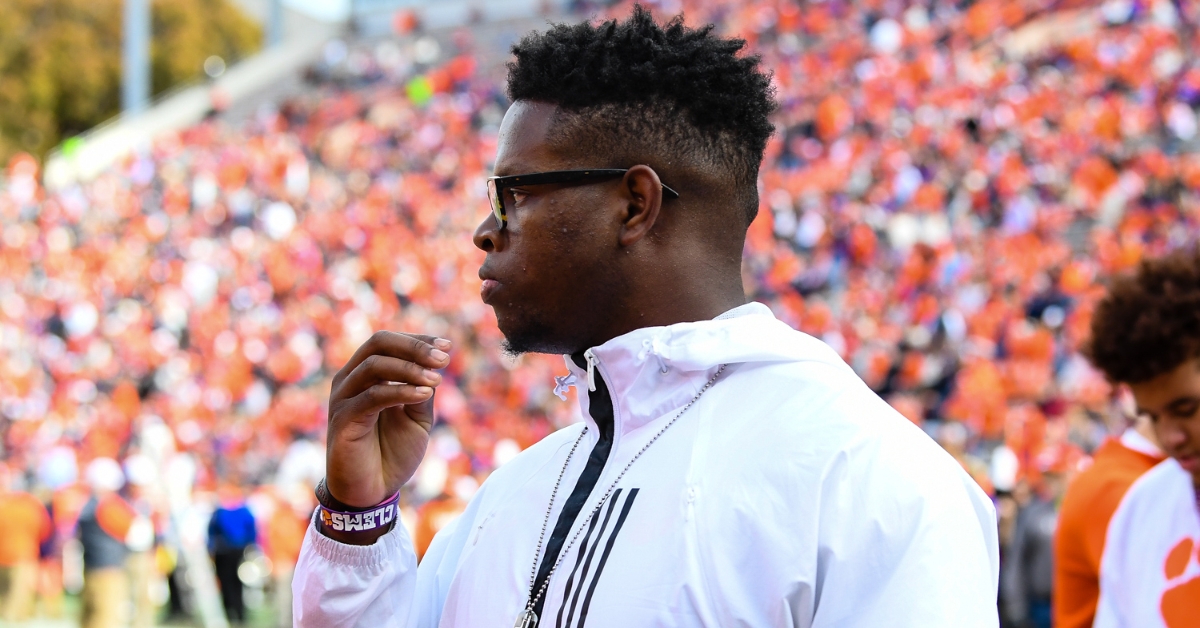 Murphy checks out the action last weekend in Clemson.

Several members of Clemson’s highly-touted 2020 recruiting class will be on campus as early enrollees in January, but after spending last weekend together watching the Tigers dismantle Wake Forest, they are already feeling like a part of the team according to 5-star defensive end Myles Murphy.

Murphy, out of Powder Springs (GA) Hillgrove, committed to Clemson last May during halftime of his spring game. He’s one piece of what might be the nation’s top-ranked recruiting class when the proverbial smoke clears in February, and he and several of his future teammates were in Clemson last weekend to take in the Tigers’ last home game of the season.

Murphy, who will enroll in January, said the other commits already feel like his teammates.

“It was actually cool, because every time we get together the bond gets stronger between all of us,” Murphy told TigerNet. “Actually, I enjoy the time we spend together. On the visit, we were pretty much together the whole time except when we were going to sleep. My player host was Tyler Davis. Coach (Lemanski) Hall put us together because he said we act the same, have the same demeanor, carry ourselves great and are all about hard work. It was just a great visit for me.”

Davis has been one of the nation’s top freshmen defenders this season and Murphy enjoyed getting to know the defensive tackle.

“He was cool. He is quiet but when he has to, he'll speak out,” Murphy said. “Coach Hall put a lot of trust into Tyler to tell me what he did and what I need to do to get better. What he told me was just that when I get down there for the spring semester to just stay focused, learn the playbook, stay in the weight room and don't get distracted by anything outside of school. Just stay focused and on the right track.”

“On the visit this past weekend, we were talking a lot, actually,” Murphy said. “Now, when he's in California and I'm in Georgia, we don't talk that much but when we're together, we do bond together.”

He watched another dominant performance by Brent Venables’ defense as the Tigers held Wake Forest to a season-low in yards and points.