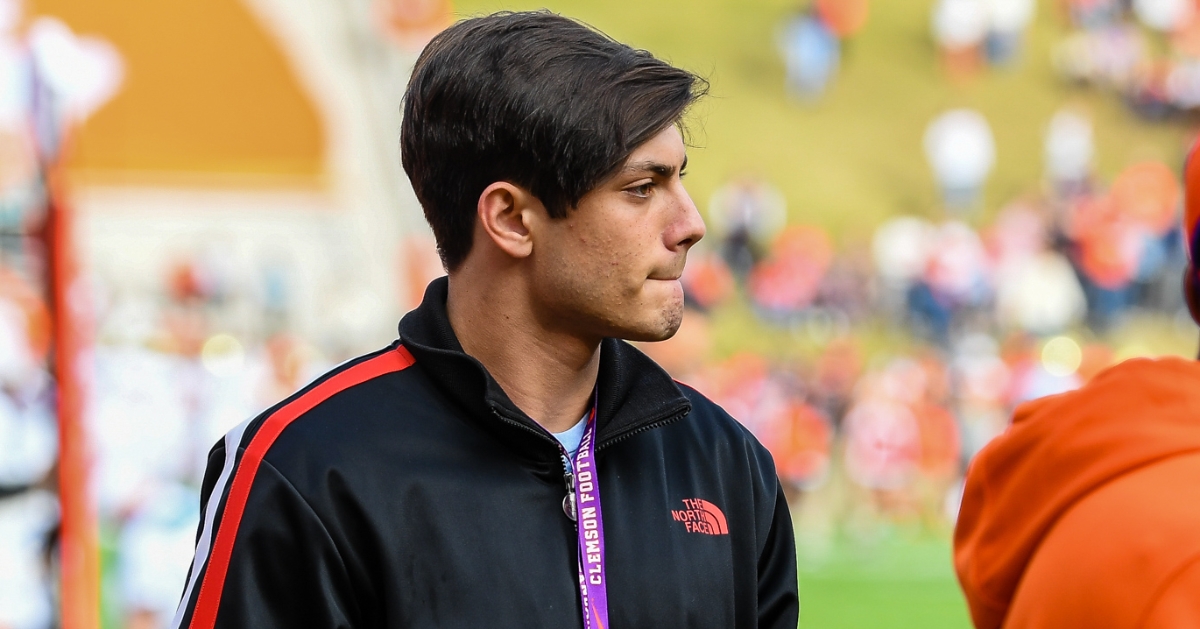 Stellato thinks he can play early for the Tigers.

A late visit sealed the deal for Troy Stellato, a visit that occurred just in the nick of time.

Stellato, a 4-star receiver out of Fort Lauderdale (FL) Cardinal Gibbons, announced his commitment Friday to the Tigers Friday at noon. The commitment is the fourth major commitment for the Tigers in the last five weeks.

Clemson head coach Dabo Swinney has said that he feels like if the program can get a recruit on campus for a visit, the Tigers have a great shot at securing a commitment and that worked with Stellato. Stellato visited Clemson in March, shortly before everything was shut down due to COVID-19.

“Really after my last visit is when I knew,” Stellato told TigerNet. “After that visit, it really opened up my eyes and made me want to be a part of everything they are doing over there. I love Coach (Dabo) Swinney and I love Coach (Tyler) Grisham. I love that I have a good shot and a good opportunity of coming in and having a chance to play early. There is not a lot of depth in the receiver room and I feel like I can help them in that aspect.”

Stellato said he was “blown away” by the visit.

“Right when I got to campus, I was kind of blown away. It was better than I expected,” he said. “The first time I was on campus I went to the Wake Forest game, and I didn't get to see too much. I saw the facilities after the game. And then I went to the junior day, and it was more in-depth. They were very honed into what they were saying and they really had more time with me. I really had a good conversation with Coach Swinney, and that is really what got me on board. Talking to him meant a lot. I really want to get coached by someone like him and I am very happy with my decision.”

Stellato said he had hoped to take other visits over the summer before rendering a decision, but he knew deep down that Clemson was where he wanted to be and won’t take any officials during the fall except to Tigertown.

The Tigers beat out Ohio State for Stellato’s services, and he said it would be great to see the Buckeyes across the field in the future.

"It would be very cool because I obviously had a good relationship with those guys, too, and everything," he said. "It was very, very close as to where I was going to go. But Clemson pulled the lead late because of the visit. I was really thinking it would be Ohio State until that last visit to Clemson. That changed everything for me. They (Ohio State) thought they had me and everything, so it would be definitely cool to play them because of that."

Stellato wears No. 13 in high school, a number known well by Clemson fans but said he isn’t sure which number he will wear in college (the number is currently worn by Brannon Spector).

“It's either going to be 10 or 13. Thirteen obviously has a very big meaning at Clemson,” Stellato said. “I think Adam Humphries had and Coach Grisham had it and of course Hunter Renfrow. I might go my own route, though. I could have 10 my freshman year. We will see.”