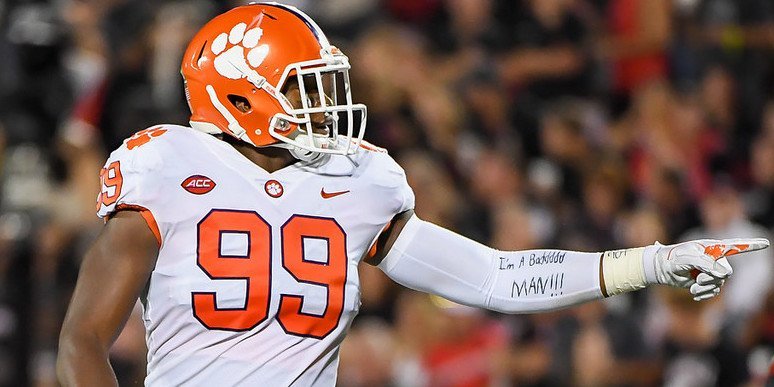 Clelin Ferrell is looking forward to the rematch with Alabama

CLEMSON – To be the best you’ve got to beat the best, and Clelin Ferrell feels like top-ranked Clemson is in position to do just that.

No. 1 Clemson takes on No. 4 Alabama in the Allstate Sugar Bowl on New Year’s Day, the third consecutive year the Tigers and Crimson Tide have met in the playoff. Alabama won the title after the 2015 season, Clemson returned the favor last season and now the team’s meet with another championship appearance on the line.

Ferrell said the game is huge.

“It doesn't get any bigger than that. It was the rematch last year. They beat us the year before. You come back out there with two heated teams with a lot of superstars, a lot of NFL guys on that field,” Ferrell said. “It's right up there and I feel like that was one of the best national championships in the history of college football.

“To go against Bama, we feel like there's no excuse now for anybody to say that we haven't beaten the best teams in the country. Hopefully, we get the chance to go out there to beat Bama and go on to the national championship and beat the team who wins the other game. We're really excited for this opportunity.”

Ferrell said the teams’ familiarity with each other is both good and bad. 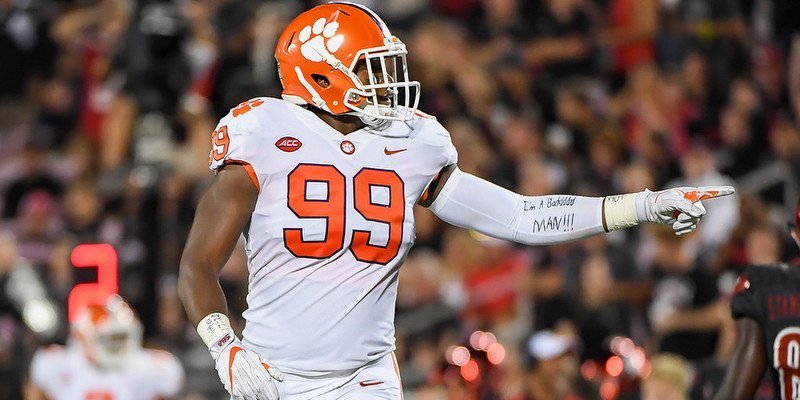 Clelin Ferrell is looking forward to the rematch with Alabama "

“It can be a large help but it can also be a big wall for us because they know a lot about us too. They know what we like to do and they know what we like to do,” he said. “At the end of the day, when you get into games like this it all comes down to players making plays, winning your one-on-one matchup. Scheme doesn't win games like this. In games like this, you rarely see a lot of people say, 'Wow, that was a great play call.' In games like this, you always say, 'Wow, what a play that guy made.' or 'Look at how well that guy is playing.' We all know that. It's good to have a good understanding of what teams are going to do but at the end of the day, players have to go out there and make plays. It's about the players.”

Can the Tigers put an end to Alabama’s dynastic run?

“I don't know. Who knows? We're just focused on ourselves. We want to be that dynasty one day and we feel like we're building towards that but that's not for us to really talk about,” Ferrell said. “That's more for the fans and the people around college football and the people who really watch the game to decide on. When we're done playing, we can have our thoughts on it as well, but as a player, you can't really think about that as much because you don't want that to be your main focus.

“I definitely do feel like we're right there with any team in the country as far as how well we've played in this decade. This is the best decade for Clemson football in the history of the school and I feel like people are going to talk about these past few years and how well we've been playing ball for a long time to come.”

The Tigers will likely enter the game as an underdog, and Ferrell is okay with that.

“It's huge and that's the biggest thing. We play on with a chip on our shoulder and that just shows that we're not satisfied. I feel like the ACC Championship really showed that,” he said. “We didn't want to just come out and win the game because even though it was going against The U (Miami) and there are a lot of big-time players who went there, we wanted to go out and prove that we feel like we have the best team in the country and when we're playing at our best nobody can beat us. With this team, it's really great to see because we lost possibly the best player to ever come through here last year, one of the greatest leaders in Ben Boulware and all of those other great superstars off of that team last year and to see how this team rallies back, not letting the past define us and focusing on what we believe and not what anybody else believes about us has been really, really big for us.”