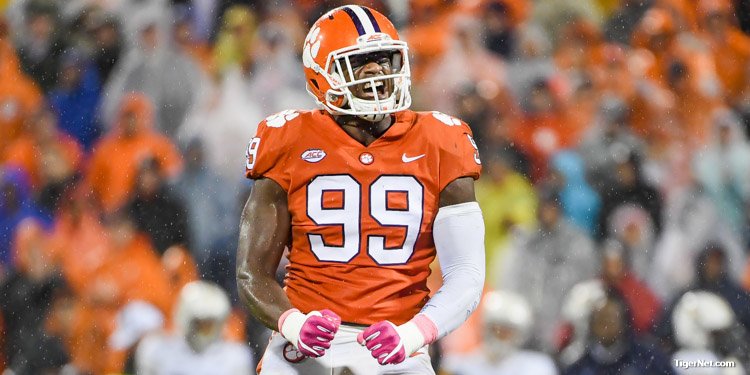 CLEMSON – The general consensus among many in the media and the Clemson fanbase is that defensive end Clelin Ferrell will leave for the NFL Draft after this season.

The redshirt sophomore out of Virginia will be eligible for the NFL Draft when the 2017 season is complete, and many draft boards have Ferrell going as high as a Top 15 pick in the first round to early in the second round. Ferrell, however, isn’t worried about his draft status as he prepares for this weekend’s game against Florida St., and even told the media that he plans to return next season.

During Monday’s interview session in the Poe Indoor Facility, Ferrell was asked about his future and if he was thinking about his final games in Death Valley, and he said no.

“Not at all man, that's not fair to my teammates or fair to myself,” Ferrell said. “As far as that, I plan to come back and graduate next December. I haven't thought about that at all."

Instead of pondering his draft status, Ferrell is focused solely on the Florida St. Seminoles, and he isn’t letting overconfidence creep in.

Ferrell said the ‘Noles are a good team despite their struggles. 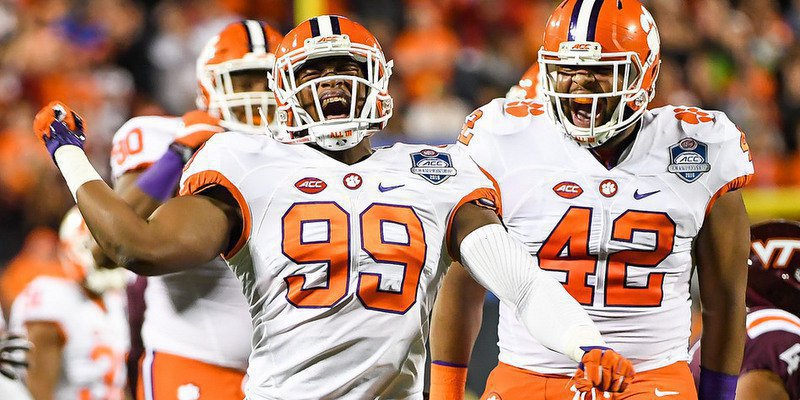 “Yes, but not just because of the stats that you just said, but I would say mostly just because it’s a very heated matchup between the two of us,” he said. “Obviously, coach Swinney talked about it. We feel like coming into this season, the committee who decides on the schedule, they kind of set it up so that if Florida State had had the season a lot of people wanted them to have, this would have been the game where this decides on who goes to the ACC Championship.

“But mostly just because we know Florida State is a very good team regardless of how their season has gone so far. We know that when we play them, it’s going to be a very heated matchup because that's how it is every year we play them. We just want to prove ourselves against another really, really good program against a team like Florida State.”

He then said he expects Florida St. to play its best game of the season.

“Oh yeah, definitely man (we’re going to get FSU’s best game of the year). That’s why I said man, regardless of their record, that doesn’t mean nothing to us,” Ferrell said. “We know Florida State has a bunch of dudes who can play here and a bunch of dudes who are going to play in the NFL one day. We know that when they see us and when we see them, we know we’ve got to play our best game. Regardless of how we’re doing that particular time of the season, we’re going to get each other’s best bet. Then coming to Death Valley just adds to it, man. They’re going to want to come here and have a big-time performance against us so it doesn’t really matter how well they’re playing.”