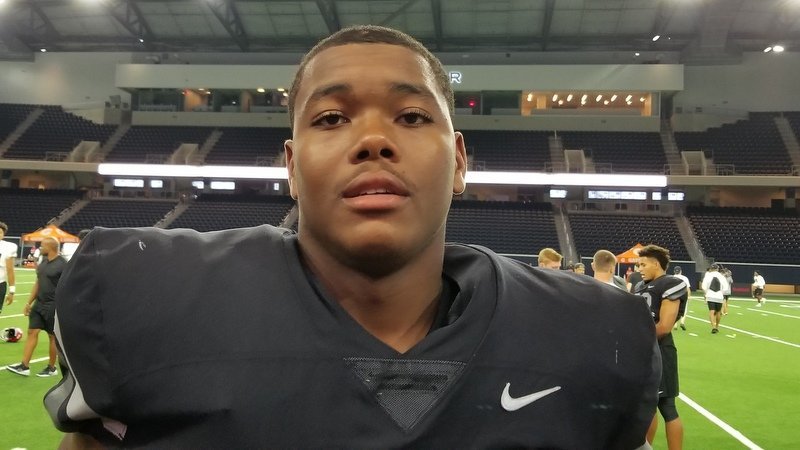 Thomaston (GA) native Travon Walker has accumulated an impressive 14 offers, including Alabama, Auburn, Georgia, and LSU, but can’t seem to find the same family-oriented spirit that Clemson has anywhere else.

“Like I said it’s just very family-orientated. Like I’m close with some of the D-Lineman down in Georgia, but when I first went down to Clemson I stayed with the whole starting D-line, other than Christian (Wilkins) because he doesn’t share an apartment with them,” Walker said. “I’m up here and Dexter (Lawrence) is coaching me up telling me things that I can work on.”

“Every day Coach Bates texts me, every day no matter what if he’s just checking on me or my sister. If he’s not texting me he’s texting my mom, dad or sister, so he’s been in touch with someone close to me every day,” he said. “It’s great, it’s different you know, like a lot of coaches won’t invest their time in you like he will. He was on vacation and he still tried to call me like twice a day. While he was on vacation we talked like six times. He’s on it.”

With Clemson losing a key player in the future of their defense, Josh Belk, to South Carolina earlier this year, and star linemen Christian Wilkins and Dexter Lawrence graduating in the next year, Walker could be looking at a starting position on the defensive line as early as his freshman year.

Walker, weighing in at 6-5, 263 pounds, has an impressive 43rd ranking in the ESPN 500, as well as a ranking of ninth in his home state of Georgia. Running a 4.94 in the 40-yard dash, and 27.1 vertical, Walker has proven to be one of the more sought-after defensive tackles in the country.

According to Walker, a decision could come in the next few months, and an unofficial top five have already been selected.

“No later than mid-season. Georgia, Clemson, Bama, South Carolina, and Auburn,” Walker told TigerNet when asked if he had narrowed down his extensive list of offers.