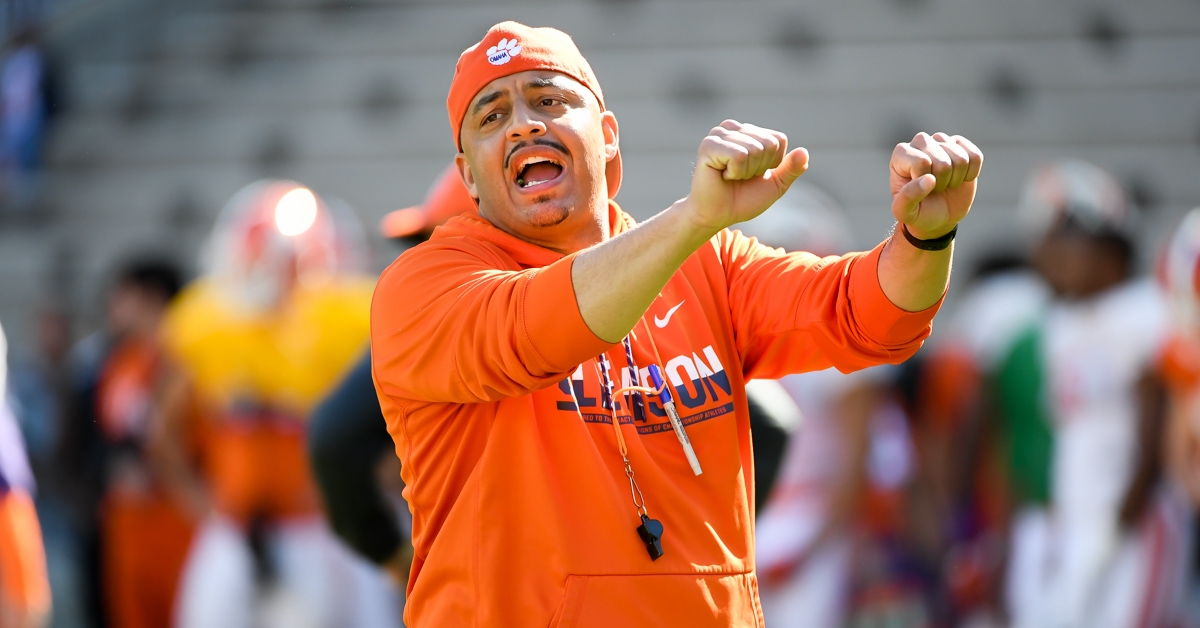 High school football juniors and seniors are not only having to navigate the pitfalls of trying to play the game they love during these difficult times, but also many are being asked to make college decisions on schools they have yet to visit -- something that Clemson offensive coordinator Tony Elliott says is unfortunate.

One current prospect who is close to making a decision is 4-star safety Andrew Mukuba out of Austin (TX) LBJ, who is expected to announce on Oct. 1. The Tigers are firmly in the mix, even though Mukuba has never set foot on the Clemson campus, and likely won’t get that chance any time in the near future.

The NCAA added another update to its recruiting dead period two weeks ago. The NCAA has extended the Division I Recruiting Dead Period until Jan. 1, 2021. That means there can be no on-campus or off-campus contacts, no on-campus or off-campus evaluations, no involvement in camps or clinics and no official or unofficial visits through the end of the calendar year. However, general correspondence, including emails, text messages and phone calls will be permitted.

Elliott says he feels for the young men wanting and needing to make decisions.

“Just unfortunate, I think, for the young men at the high school level,” Elliott said Monday. “They’ve got to make an informed decision because they’re not granted access. And I understand, I’m definitely very sensitive to both sides and understanding the issues that both face. Just going forward, kind of slowing it down, trying to see how all this is going to pan out because there’s been rule changes with the eligibility and roster management. So, there are a lot of things that are at play that have kind of slowed things down so to speak from a recruiting standpoint.

“And as we go forward, hopefully things will trend in the right direction to where it is safe enough for both the universities and for the prospects to be able to travel without putting either one in harm’s way. Because ultimately, I think that we’re going to get back to normal at some point and recruiting will pick back up. But in the meantime, we’re just trying to do the best with what we’ve got.”

The rule change hasn’t affected the way Elliott spends his weekends during the season.

“For me, it’s not much of a change with the Friday nights because of the way we’ve been structured for the last five years or so,” Elliott said. “I’d always be with the team on Friday, so the only time I would get to go out would be during the open week. So, I didn’t get to go out and do much evaluation, but it is difficult for all the other coaches who are used to that because there’s no way to travel to go see these games.

“But for me, my schedule hasn’t changed as much. But I do have a little bit more responsibility watching some more video (game film of prospects).”