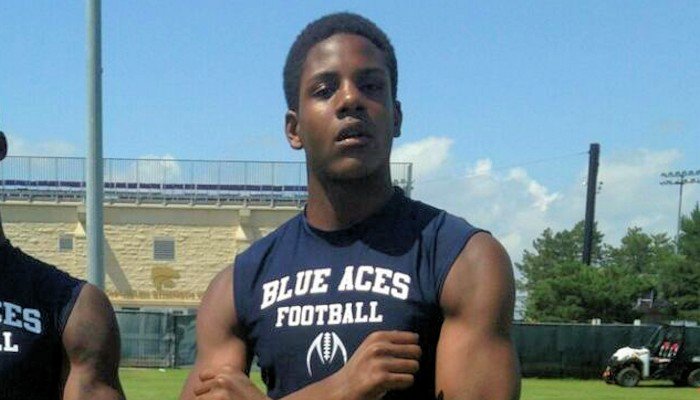 One of the nation’s top defensive end prospects for the 2016 recruiting cycle released his top eight schools Monday and Clemson made the cut. Now he wants his mother to see why the Tigers are in that top group.

Kelly told TigerNet shortly after the tweet that it was time to concentrate on the schools that hold his interest.

“I felt like it was time to narrow the list. That makes it fair for other schools so they can start recruiting other players,” Kelly said. “Now these schools can start to be more serious with me - those are the schools I am serious about. I just don't want to waste any other schools' time.”

Kelly made the trip to Clemson last month, and he said he still keeps in contact with defensive coordinator Brent Venables

Brent Venables
Def. Coordinator / Linebackers
View Full Profile , also a Kansas native. Kelly said Venables not only talks about life, but where Kelly would fit in with the Clemson defense.

“I hear from the Clemson coaches a lot. I talk to Coach Venables every week,” Kelly said, “We talk about recruiting and about life. They want me to play a position where I would be playing both outside linebacker and defensive end like Vic Beasley. I think that would be a good fit. In high school I play defensive end, so moving to outside linebacker is not really that big of a transition if you are used to playing in space.”

What makes Clemson a contender for his services?

“Clemson is all about that family atmosphere and there is just a good vibe there,” Kelly said. ”They are in a big-time conference and they play against great competition. They also develop their defensive linemen and put them in the league. They've also never offered a JUCO player, so you don't have to worry about a JUCO player coming in and trying to take a spot. They are all about academics and they are also going to make sure that you get your degree.”

Kelly plans to attend next month’s All-In Cookout, and this time he will bring his mother along so she can see what he sees in Clemson.

“I just want to go there and have a good time and bond with some of the players. I want to just have a good time,” Kelly said. “I also want to take my mom there, too, and let her see what I see.”

Kelly still says he will officially make an announcement in January, but says his decision might come earlier than that and would come in the form of a silent commitment.

“I will commit on January 9th at the Army All-American Game,” he said. “But most likely, I am going to commit before then and be a silent commit. But I will keep that to myself until the game.”