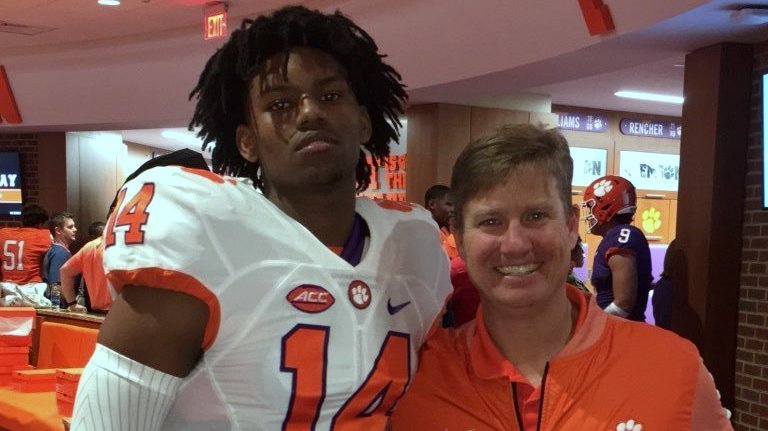 Clemson defensive coordinator Brent Venables and defensive tackles coach Todd Bates have been busy on the recruiting trail in the month of May, handing out offers to some of the region’s best defensive players. That includes an offer to 2020 4-star outside linebacker prospect Kevin Swint of Carrollton (GA).

Bates confirmed the offer on a visit to Carrollton last week.

“Coach Bates stopped by the school. I thought I had an offer before he came to my school, but he confirmed to my coaches that I had an official offer,” Swint told TigerNet. “The Clemson offer means a lot to me. Not only are they a great academic school, but every time I talk to the coaches they keep it real with me.”

Swint said he is developing a bond with Bates.

“Most of all, I want to pick a great academic school,” he said. “Competing isn't really an option. It's just in my blood. Wherever I go, I'm going to compete my tail off and aim for the greatest.”

Swint said he thinks Clemson is building a dynasty.

What are his plans going forward?

“I'll be up there in the summertime for a camp,” he said. “I probably won't make my decision until the early signing period because I plan on graduating early.”