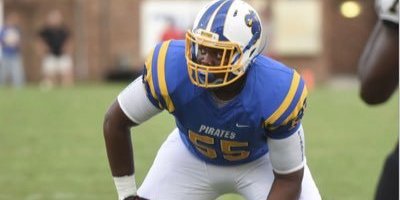 Warren McClendon, a 2019 prospect who picked up an offer from Clemson University last week, isn’t much one to get caught up in the glamor (or lack thereof) of playing on the offensive line.

McClendon told TigerNet on Monday that wherever he lands, that program will be getting a fierce competitor and dedicated student. He plans to major in engineering in college.

Alabama was among the first offers McClendon received, so he watched the National Championship game with keen interest.

He said the Clemson coaching staff has been studying his highlights and recognizes his potential to be a disruptive force on the offensive line.

“They’ve been watching my film and said I’d be able to come in and fit in,” McClendon said.

He said what stands out to him about Clemson is the atmosphere and the camaraderie he’s witnessed among the players.

“Just the atmosphere, really, and the players,” he said.

He has yet to visit the new Football Operations Complex but has been in contact with coach Dabo Swinney, “mainly about academics,” he said.

After his upcoming junior season is when he plans on deciding where he’ll play college football, he said.

For the time being, he’s focused on bettering himself as a player while possibly attending a college football camp, such as Dabo Swinney Football Camp, this summer.

“I just like Clemson a lot,” McClendon said. “They’ve always been one of my dream schools. Just to get an offer from them is exciting.”