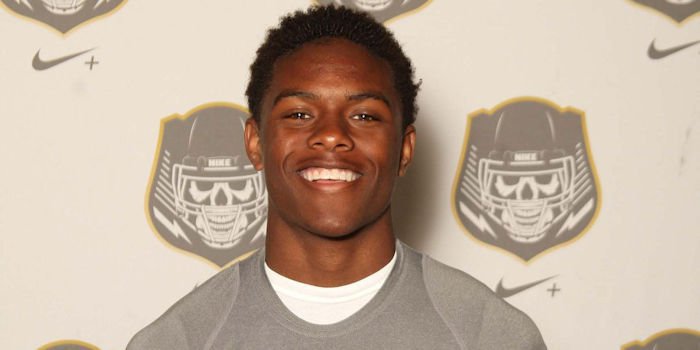 Jahan Dotson’s recruitment is off to a fast and furious start, but with over 18 months before National Signing Day, the 4-star receiver is making sure to assess all of his options.

Last week, Dotson visited Clemson, Alabama and Ohio State and told TigerNet that the thing most impressive about the Tigers was head coach Dabo Swinney’s vision for the program.

“It went very well. I was very impressed with what I saw,” Dotson told TigerNet Tuesday evening. “Actually, the tradition they've got going there and how much they believe in Coach Swinney was pretty amazing to me. I feel like he really has a plan for the program. The whole game day tradition was pretty cool to me about the Rock. I thought that was pretty neat and something that I could be a part of.”

Dotson came away impressed with all three of his visits and said that it’s too early to name any favorites.

“Clemson stands very high. It was a very nice school,” Dotson said. “I don't have any favorites, but those are very prestigious schools and I'm very interested in all three of them.”

However, Clemson has one thing none of the other schools have – one of Dotsons’ closest confidants as a commit.

Dotson began his career at Nazareth (PA), but decided this spring to transfer to The Peddie School, where he will be teammates with 2017 offensive line commit Noah DeHond and the two have already forged a strong bond.

“He never tells me anything bad about Clemson,” Dotson said of new teammate DeHond. “He really advertises the school good. He's like a big brother to me, so him going there is really big for me because I'd love to play with him again. That's really big.”

At Nazareth, Dotson garnered All-State honors and broke all of the school’s receiving records in his first two seasons. He leaves the Blue Eagles with 125 receptions for 1,866 yards and 25 touchdowns. He also returned two kickoffs for touchdowns and four interceptions – two pick sixes – during his freshman campaign.

For the time being, Dotson will focus on settling into his new home in New Jersey, but is already making plans for a return trip to Clemson this season.

“Right now for this summer, I'm just going to start getting enrolled into my new school,” he said. “I'm definitely going to try to get to a game at Clemson.”

Dotson said he can contribute to any team and is willing to do whatever is asked of him.

“I'm a very versatile player. I can do a lot of things on the field,” he said. “Whatever the coaches need me to do, I can do it and will do my best to do it.”