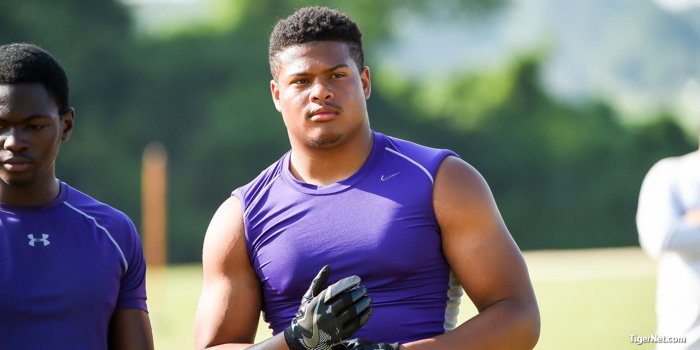 With two seasons of high school football still to play, most of Clemson's 2018 prospects aren't ready to commit to a university. But several who recently attended Dabo Swinney Football Camp told TigerNet the camp was a valuable experience.

“Every time I go, I get better,” Thomas said by phone recently. “And (coach Marion Hobby, co-defensive coordinator/defensive ends), in the drills, he expected me to be at the front, every drill. He told me to never be at the back because he expected me to lead everybody (because of my prior camp experience).”

In addition to Clemson, Thomas has offers from Alabama, Florida State, Georgia, Ohio State, South Carolina and North Carolina, among others. He said he plans to attend at least another camp and visit several of those campuses in the coming months. 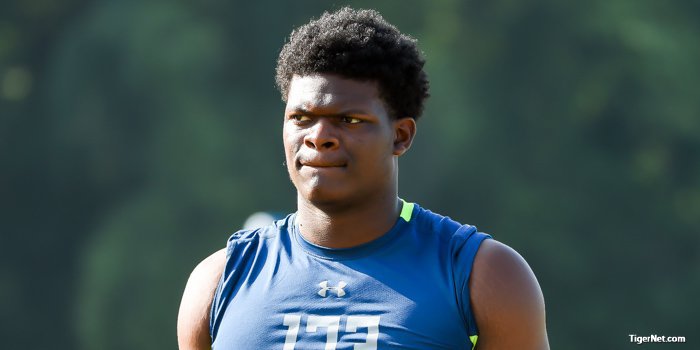 Another 2018 defensive end, Stephon Wynn of T.L. Hanna High School (Anderson, SC), said he and Thomas enjoyed a friendly rivalry during camp while getting better acquainted.

“Me and Xavier Thomas, every time we see each other we go at it a little bit and try to outwork each other,” Wynn said. “We're pretty cool.”

Wynn said visiting Clemson is “always an exciting feeling. It's just a great atmosphere to be around. It was a lot of fun, working with coach Hobby and (associate head coach Dan Brooks/defensive tackles). I really enjoyed it.”

And though he has an offer from the Tigers in hand, Wynn said he's entirely focused on following that advice and his final two seasons at T.L. Hanna.

“I'm not anywhere close to committing to anywhere,” he said. 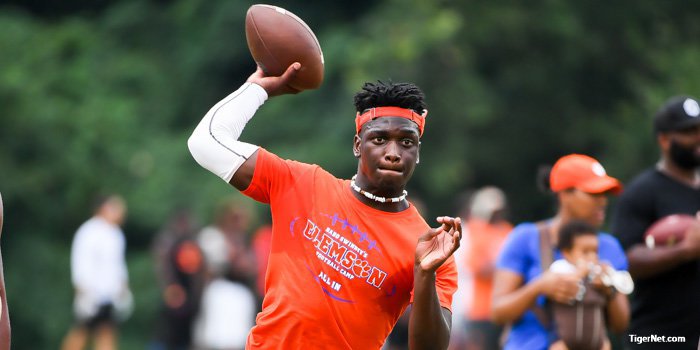 “The coaches really impressed me,” said Joyner, who as a sophomore led Fort Dorchester to a state title and still hopes to play quarterback at the college level. “I learned a lot from coach Brandon Streeter (assistant coach/recruiting coordinator/quarterbacks) and the others. It was a great camp.”

Joyner – who is also entertaining offers from South Carolina, Auburn, Georgia, Tennessee and others – also told TigerNet he is no closer to committing after attending camp.

“(Clemson) offered me as an athlete last year, going into my sophomore year,” he said. “And I've just been pushing my mechanics and continuing to work hard on mechanics, accuracy and consistency. I was hoping they would re-offer me, as a quarterback, but they didn't – they still kept the athlete offer. I wasn't upset about it – that just means more work to do, you know?”

Fellow quarterbacks Hunter Johnson and Chase Brice (both 2017 commits) really impressed Joyner, as did the receiver Higgins, he said.

James Ohonba, a 6-foot-5, 320-pound offensive tackle who picked up a Clemson offer in May, said he got a glimpse of the new weight room at the Football Operations Complex under construction. The 2018 prospect out of Stockbridge, Georgia, participated in D-line as well as O-line sessions and got to meet coach Swinney and the rest of the coaching staff. 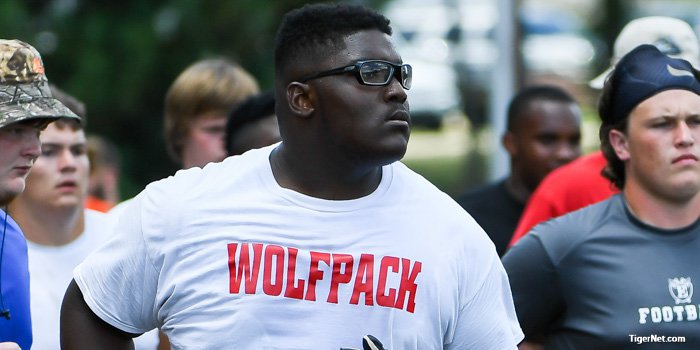 Ohonba said he's no closer to committing to any university and is focused on the upcoming season at Woodland High School. But he said he values the opportunity the camp gave him to fine-tune his skill set.

“They said they liked what they saw – they were impressed,” he said of the coaches. “I had a good time.”

For Wilson's Thomas, a repeat camp attendee, having a good time is a given whenever he visits Tigertown.

“Of course it's going to go up,” Thomas said of his attraction to Clemson. “Every time I visit there, I get more of a connection there with the coaches, players and the staff – and just the community.”