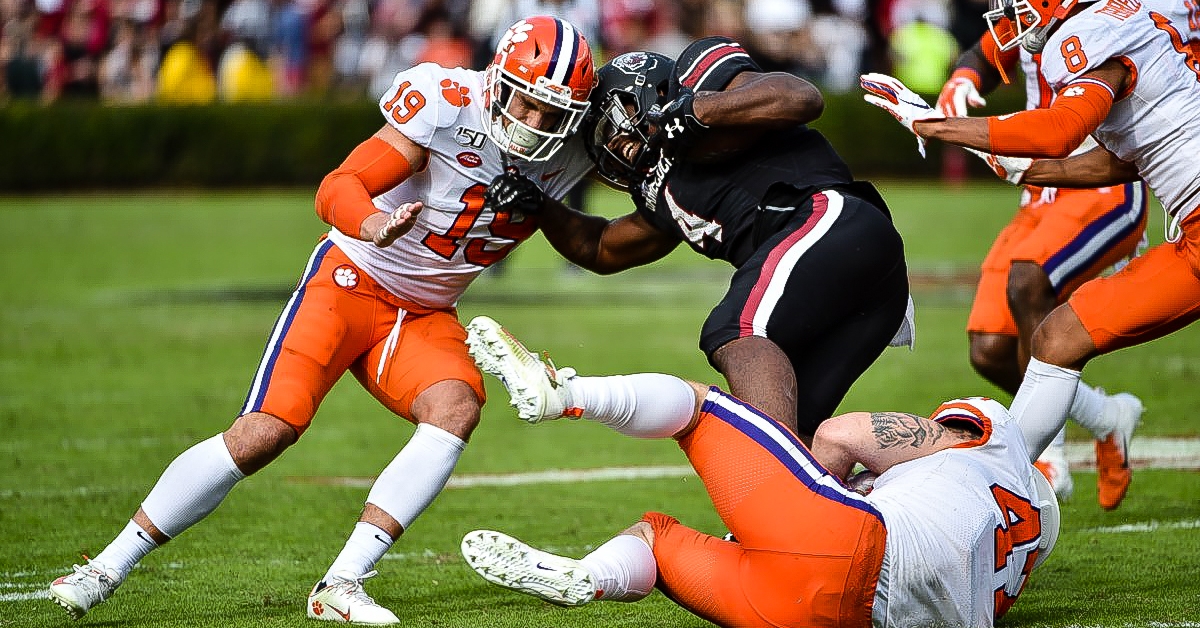 For the first time in 79 years, Clemson has won six in a row over archrival South Carolina and it all began with a 2014 team that had had enough.

“It's pretty special. I'm just really excited for this group of seniors,” Co-offensive coordinator Tony Elliott said following Clemson 38-3 win over South Carolina. “We were reminded this week that the 2014 team basically said, 'We've had enough and we're going to flip the tide in this rivalry.' That's just kind of set the standard for us and these guys have embraced that standard, understands what it means to this state, to our fanbase. I'm really, really just happy for our seniors - all of our players - but more importantly our fanbase.”

With a 31-3 lead in the fourth quarter, Clemson’s starters remained in the game because it’s a rivalry and every minute counts.

“We were just playing. We know what this game means and anytime in a rivalry game like this, they can get back in the game,” Elliott said. “We had a mindset that we were going to come out and play, just play for 60 minutes or until Coach (Swinney) said he wanted to make a change in personnel. For us, in this game and in Championship Phase, guys have to be ready to play all four quarters and every single snap if they have to.”

The rivalry turned after Deshaun Watson beat South Carolina with a torn ACL and what says the biggest statement about the state of the rivalry is the fact that Clemson’s fans turned out in large numbers Saturday afternoon, giving Clemson an even bigger boost.

“That's a legit question right there. I knew our fans travel well and they travel everywhere we go,” Elliott said. “They were excited to go for the sixth win in a row, something that hasn't been done in 79 years. We understand what we're playing for. One of the things I talked about with the team is one of my favorite quotes from the movie Gladiator, 'What you do in life echoes in eternity.' This was just a battle that we had to win. This team was on a mission. Team 124, they know where they want to go. They vividly have imagined where they want to be but you have to go and earn it every single day, so it was good to have our fans here to see us become the state champs.”

While Elliott has been a part of the rivalry as a player and now as a coach, he didn’t completely understand the impact of the Clemson – South Carolina game until he was in the corporate world, and it was that time that makes six in a row even more special.

“It's so exciting for the fans,” he said. “When I went to work at Michelin, I knew about the rivalry. I was 3-1 as a player but when I started working at Michelin, to see the passion and the dedication that the fanbase truly has and how they would set up their entire family structure around the team that they pulled for and they would make sacrifices day in and day out based off the rivalry. It just means so much for me to be able to have the ability to help our fans the bragging rights for the year.