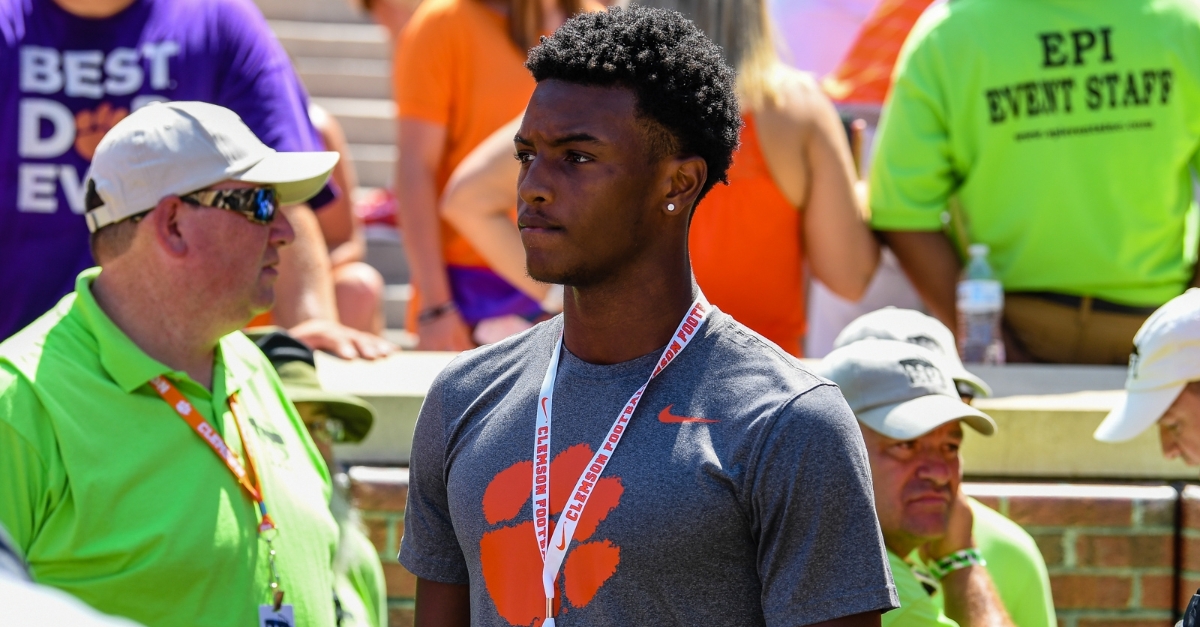 Collins was a visitor for the game against Texas A&M.

Dacari Collins was the first wide receiver offered by Jeff Scott for the 2021 recruiting cycle, and that relationship led to a commitment.

Collins is the 2021 4-star (6-3 180) of Powder Springs (GA) McEachern that announced a pledge to Clemson while on campus for an unofficial visit for the Texas A&M game. Collins is the second offensive commitment for the class, joining running back Phil Mafah of Loganville (GA) Grayson, who committed the day of the Georgia Tech game. Clemson now has three commitments for the 2021 class.

Collins knew a few weeks ago that Clemson was where he wanted to be.

Collins is considered a national level recruit. His offers include Georgia, LSU, Alabama, Auburn, Florida, Florida State, Tennessee and Virginia Tech. He made numerous visits to Clemson thru the process, including camp visits since the seventh grade, culminating with his Saturday pledge. He said the overall feeling he gets from the program is why he chose Clemson.

“Just how they keep it real,” Collins said. “They don’t feed you with all this glamorous stuff. They give you the real thing about how it’s going to be when you get here. It’s a great place. All the coaches just show love. The coaches make great men and players and prepare you for life. Clemson is a special place to be.”

"I'm very blessed and appreciative to be offered as the first wide receiver that Clemson offered in this class," Collins said. "I first visited Clemson when I camped there in 7th grade. I always used to go to Alabama for camp, and one year after 7th grade my dad suggested we go to Clemson and I’ve camped at Clemson every year. That's when I really started to like Clemson.”

Collins is well aware of the type of receivers Clemson recruits and produces for the next level. And the quarterback the Tigers bring in to throw to them. He’s looking forward to his chance to follow in the footsteps of Tee Higgins and Justyn Ross once he arrives.

“I’ll put in the work and I’m really big on having chemistry with my quarterback,” Collins said. “They like my size, speed, knowing how to break, my hands, the way I adjust to the ball, and just being a coachable, good kid and having good character.”

Last season Collins averaged over 21 yards per catch with 4 touchdowns.