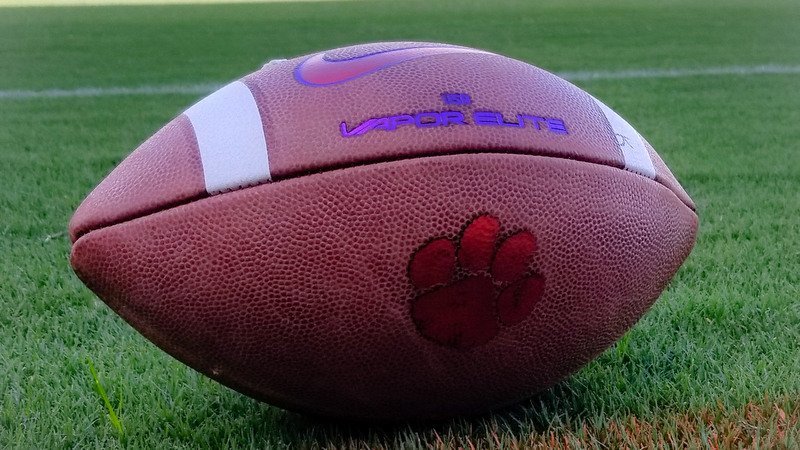 Excitement is high heading into the season

Dabo Swinney walked into the visitor’s tunnel in Death Valley Tuesday afternoon and smiled as he asked the reporters gathered on the steps of the visiting locker room, “Didn’t we just do this?” Indeed, things at Clemson have settled into a nice routine for all involved and that’s a good thing for a team chasing a dream.

Swinney also met with the media following Monday’s practice in Jervey Meadows and he was once again all smiles, even inviting the media to walk into the cooling trailers designed to drop the body temperature of a player or coach who might be feeling the effects of the heat.

“Yeah, go on in there and sit down,” Swinney said. “It’s supposed to be 22 degrees in there and your body temperature drops almost immediately. Sit down and try it out. I would sleep in there if I could.”

That’s the way things are at Clemson these days. Other programs have quarterbacks blasting the coaches (Bama) and have coaches facing suspensions (Maryland and Ohio St.) and coaches saying too much to the media (South Carolina).

In Clemson, Swinney is offering the media a chance to cool off on a hot, late summer evening. The focus is, as it has been, on football and family having fun. Former players were invited to Saturday’s scrimmage in the stadium, and the text messages from some of those players began to roll in.

‘This offense is going to be really good this year.”

“It is really hard to comprehend the talent in that group.”

“This team has a chance to be special. Deeper than the 2016 team that won it all.”

“They will need injuries to go their way, but they can be the first team to in college history to go 15-0.”

Those are from players who normally don’t get too excited about anything, especially football. They all have been through the wars and they know a team has to have a little luck along the way.

Former Clemson running back Greg Hood is the Academy Director at National College Preps Academy, and he was stunned by what he saw. Hood wrote this on Facebook and allowed me to share here:

Attention Clemson Fans (We Too Deep!)... No worries at any position. The chant "We Too Deep" is so true for this team. I remember the recent Clemson greats and I remember being so happy to have them in a Tiger uniform. But imagine having a whole team of Clemson greats from the past. That is what Clemson has this year. Its like having Nuk Hopkins, Mike Williams, CJ Spiller, James Davis, Deshaun Watson, Brian Dawkins, Chester McGlockton, Levon Kirkland, and others on one squad. Unfortunately, I have no one to compare QB Trevor Lawrence to, he is just a freak. Xavier Thomas and Mike Jones are real trouble on defense. Oh yeah and Tre Lamar (Freak)? The Davis Twins (Duo of Doom) - Then what do you do to defend the Tigers on offense? Justyn Ross (WR) will start as a freshman (he is special). Plus Tee Higgins (Jump Ball-Back Shoulder), Hunter Renfrow, and Amari Rodgers are beasts in the slot. Then at RB Adam Choice (Power Bowling Ball), Travis Etienne (The New CJ Spiller) and this freshman Lyn-J Dixon (Super Special and may be the best RB on the roster). So as a defensive coordinator what would you do to stop it? Load the box and take chances? That's the best way to end up down by 30 points at half time. All you can do is play safe and hope for turnovers and a lot of luck. On the flip side (Defense) this may be the most talented defensive unit Clemson has ever assembled. As a fan of defense, I will be just as excited to watch the Clemson Defensive line play. They are going to be a real problem with potentially 4 first round draft picks on the same line. And their backups are beasts as well. Even the kicking corps is deep. I think the only two teams that can stay on the field with them will be Georgia and Alabama. But with Alabama's defensive losses to the draft, it will be hard for young secondaries to deal with the mental stress that Clemson puts on you from a formations and motions standpoint. Football is not just about who is the biggest and strongest, its also about smarts and endurance. Bama doesn't do well against high tempo offenses like Georgia and Clemson. Bama, Clemson and UGA will be back there again this year. The only question is who will be that fourth team? Can Ohio State overcome their internal problems? Will Oklahoma be back without Baker Mayfield at QB? Can Washington step up? This is going to be a great season. Welcome to the 2018-2019 season!

Yes, there is a lot of relaxed confidence that surrounds this team, and excitement from the fan base. I am one of the doubters. I can always point to two losses – I’ve listened to too many football coaches in my life. I’ve only felt this way about a game or a season once before – before the title game in Tampa I wrote that everybody needed to be there. It was just a feeling that we were about to see something special.

Sports Illustrated writer Rick Reilly once wrote, “Remember when you were a kid? All you dreamed of

was playing centerfield for the New York Yankees. Soon, you'll be there. Don't forget to tingle.” He meant that whatever you do in life, enjoy the process.

That tingle is back, and it isn’t because of the cold benches in the cooling trailer.