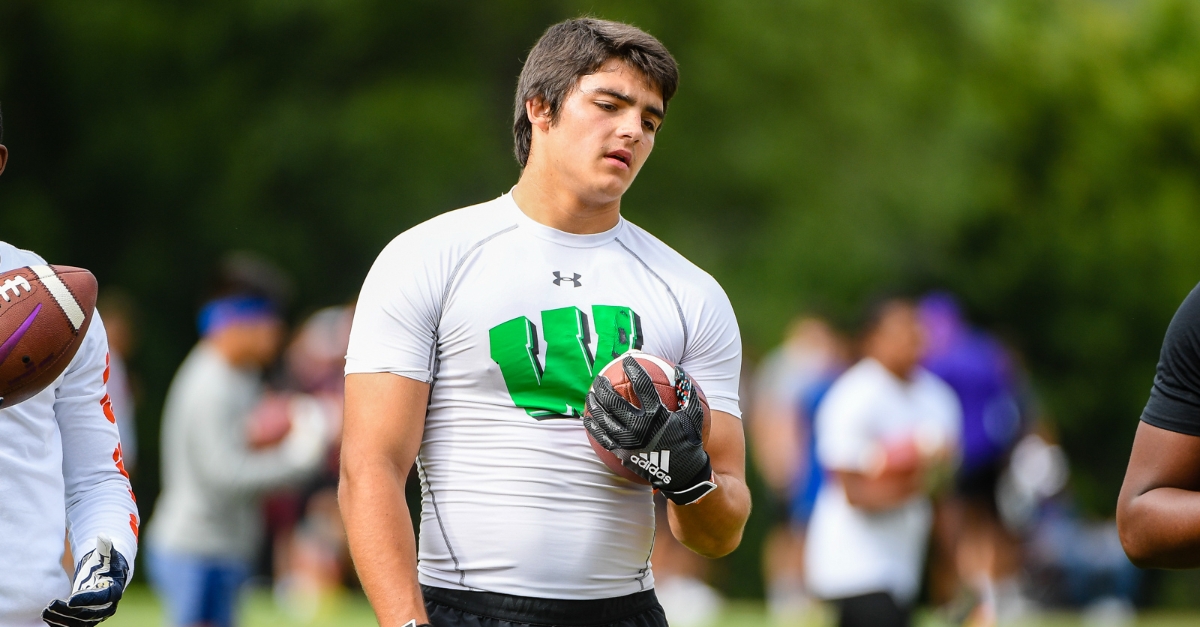 Did Clemson just land the next Christian McCaffrey?

Four-star running back Will Shipley out of Matthews (NC) Weddington committed to Clemson Tuesday afternoon. According to recruiting website 247sports.com's composite rankings, Shipley is the top-ranked all-purpose back and third-ranked running back overall in the nation. He's also the top-ranked prospect in the state of North Carolina.

Shipley was pursued by the big names across the country - Alabama, Georgia, Florida, Ohio State, Oregon, Penn State and Tennessee are among the national powerhouses to submit offers. However, his final two came down to Clemson and Notre Dame, and it was the Tigers who won out.

Shipley was on a Zoom call with area recruiter Danny Pearman, head coach Dabo Swinney, and area recruiter Tony Elliott a few days ago, and after he got off the call he knew where he wanted to go.

“The people who make up Clemson and the culture, you don't get that anywhere else,” Shipley said. “It's almost impossible to say no to Dabo and Coach Elliott. They're great coaches and I have great relationships with them. This past week is when I knew. I got off a Zoom call with Coach Elliott, Coach Swinney and Coach Pearman and that's really when I knew. I told my parents. Everyone was really, really happy. This has been a long process but we're happy for it to be over and to find the right place.”

He let the coaches know his decision – also by Zoom.

“I talked to Coach Swinney, Coach Elliott and Coach Pearman at the same time, which was really really cool to get to see all of their reactions and to see how excited they were,” Shipley said. “That just made it that much better for me to know that they're excited that I'm committing.”

What does he bring to the table? The same type of versatility as his idol, Carolina Panthers running back Christian McCaffrey.

“Just versatility to make it a little harder on the defensive coordinators to be able to game plan,” he said. “I'm not a one-dimensional back. I'm not just going to run the ball 20 times up the center's butt, I'm going to be able to be split out and get mismatches with linebackers and things like that.”

Shipley then said he has studied McCaffrey’s film.

“Yeah, 100-percent. I've studied a lot of his film and have been fortunate to be able to speak with him a couple of times,” he said. “He's definitely someone that I'd love to follow in his footsteps on and off the field.”

"I know the comparison that's already out there and I'll go with that one because I know how much he looks up to the guy. He really studies him daily - what he does, how he works," Capone said. "That's obviously, Christian McCaffrey. He sends me stuff from his Stanford days. He sends me stuff all of the time, just looking at it and studying it. For him to have somebody like that and for him to have a chance to meet him, I think it was really awesome for him. It was very high praise for people to talk about him in that aspect and I know he really appreciates it and strives for it and continues to work to get that he can be."

Shipley said Notre Dame was hard to turn down.

“Also, just great people,” he said. “I have great relationships with them and the culture that they've created as well.”

Shipley had hoped to take a second to Notre Dame and a first visit to Stanford, but the ongoing pandemic curtailed those plans. However, he is comfortable with his decision and wants to call Clemson home.

“I have no question in my mind that Clemson is the right spot for my family and me,” Shipley said. “We're not looking back anymore and we're not going to have any regrets with anything or not being able to do anything. I'm just excited to be a Tiger.”