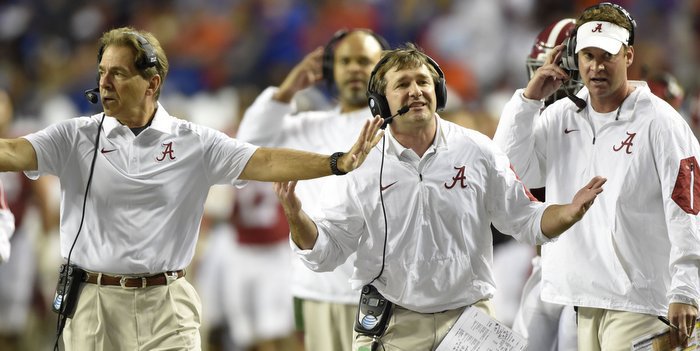 Watson was more than impressive against Alabama in the title game

Smart was hired as the head coach at the University of Georgia in early December, but Alabama’s former defensive coordinator juggled both duties as the Crimson Tide prepared to take on Clemson in the College Football Playoff National Championship in early January.

Heading into the contest, many national analysts suggested that Watson would have to have a Vince Young-esque performance if the Tigers were to knock off Alabama.

Watson wasn't quite Vince Young vs. Southern Cal in 2006, but he still produced that type of special performance. Watson accounted for 478 of Clemson's 550 yards (405 passing and 73 rushing), making Alabama’s defense look out of shape and winded as they chased the super sophomore across the grass at University of Phoenix Stadium.

“We thought, to be honest with you, that we could do a better job against their quarterback than what we did,” Saban said after the game. “He did a fantastic job in the game. We didn't cover as well as we're capable of, and we weren't able to handle him up front with our rushers.”

In an interview on 680 The Fan (WCNN in Atlanta), Smart said thinking about Watson still gives him nightmares. 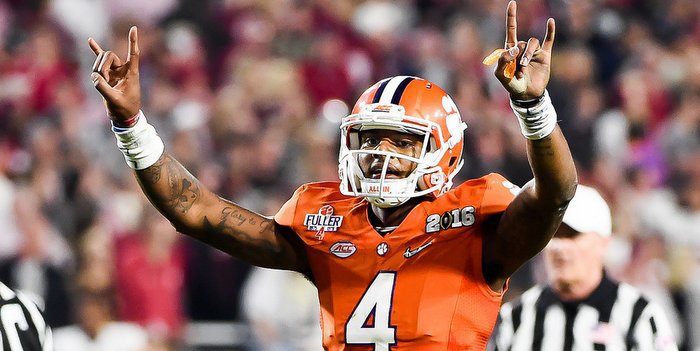 Watson was more than impressive against Alabama in the title game "

“Do I have to think back to that? A lot of bad flashbacks. That’s a nightmare,” Smart said. “First of all, I have a lot of respect for him as a person. He’s a great leader and a great person. What a great ambassador for Clemson he is and what a great player. Nobody respects him as a passer like they should. I saw him – all through high school – pass the ball.”

Smart hinted that while most people see Watson as a runner who can sometimes throw the ball, he knew Watson was a passer. He was surprised at Watson’s elusiveness.

“I knew he was a good passer. What I didn’t recognize was that he is as skillful running it as he is, getting out of trouble and being elusive,” Smart said. “We really had a great defensive front, and we struggled to get the guy on the ground. We couldn’t finish on the quarterback, which was a problem. And he created that by making throws. More credit to him.”

Smart finished by saying that he gives Watson a perfect score in the poise department.

“A 10 in poise,” he said. “And that’s the number one thing when you play a really great defense is not to get frustrated. He never did.”