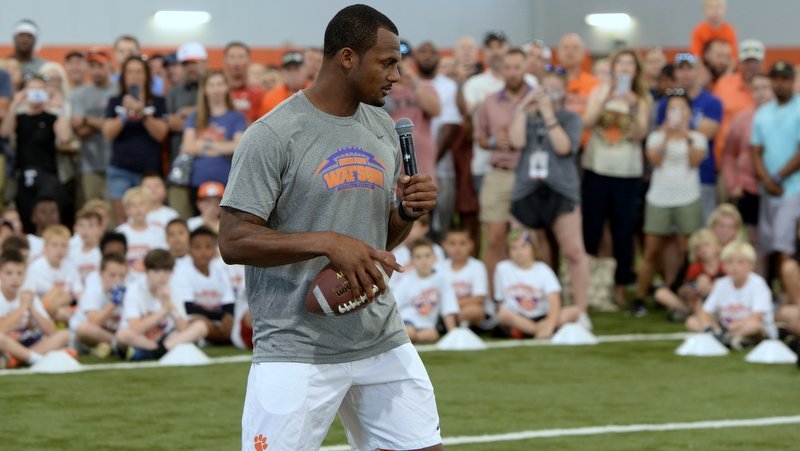 A favored son had come home.

“It’s amazing,” Watson said. “To see all the kids come out and all the parents that all want to be here with me, it’s a blessing and gives me so much joy that Clemson is still behind me and supporting me and it’s cool to try and (help) each one of these kids as I can.”

Watson said things haven’t changed that much in Clemson, saying that while many in the country view Clemson as one of the sports’ newest powerhouses, he doesn’t see it that way.

“It’s a powerhouse,” he said. “I feel even when I was a freshman it was still a powerhouse. There were just some things we had to clean up and little details to lock in on and coach (Dabo) Swinney got it to where he always wanted it to be. As a freshman, that was the reason I came in, because the program was going north and it’s still going north, so each and every year has gotten better.” 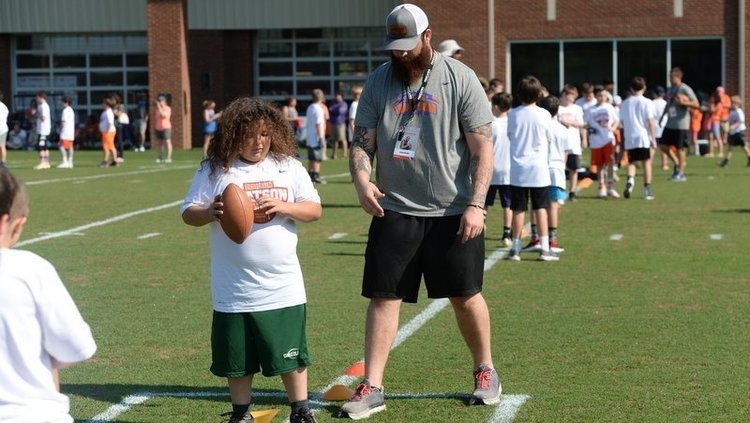 Despite all of the success Watson and the Tigers have had, he wanted to talk about the kids and said he hopes he can touch lives.

“When I was a young kid I lived in Atlanta so I went to all the Falcons camps and those NFL players inspired me just by giving me a high-five or throwing the football to me,” Watson said. “It gave me joy and motivation to where that’s what I wanted to be when I grew up. So with the opportunity I have to be able to come back and do the same thing, if I can at least (affect) even one kid out of 450, I’m going to at least try to give them motivation to fulfill their dreams.

“Anytime you’re giving back, but especially to the young kids, the next generation, that’s where it matters, where it’s so big and where so much is going on,” Watson said. “If you can (affect) the next generation that’s coming up behind you to try to improve their game, their life in general, it’s all about love and that’s what you want to do.”