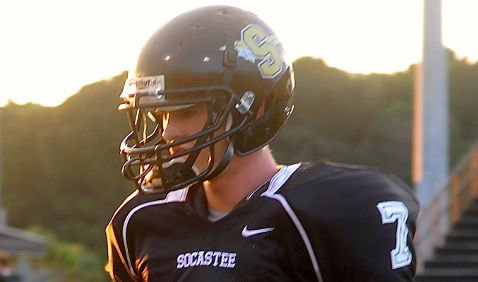 The official visits are over, National Signing Day is right around the corner and it’s time for Hunter Renfrow to make his decision.

The Socastee (SC) standout athlete will go down as one of the school’s greatest quarterbacks after accounting for 1,421 rushing yards and 26 touchdowns as a senior; however, the time has come for him to choose between a scholarship offer from Appalachian State and a preferred walk-on offer from Clemson.

Renfrow spent last weekend on Clemson’s campus for his official visit, and he told TigerNet that he spent a lot of time with his player host, Corbin Jenkins, learning about the life of a walk-on athlete and the academic rigors of an engineering major.

“Corbin is from Conway High School which is right around where I live and I know his little brother,” Renfrow told TigerNet Tuesday night. There is already a good connection there. He is also an engineering major and that's what I want to do, so I talked to him about how hard it is. He was just saying that he loves going to school there even if he never played football.”

“I spent most of my time with Coach Pearman and Coach Scott,” Renfrow said. “They both walked on at Clemson so they were kind of in the same boat that I am. They were just saying that they wanted me, but we'll see.”

After taking official visits to both of his top schools, Renfrow said that he likes the same things about both Appalachian St. and Clemson.

“Probably what I like the most about App. St. are the coaches because of how great they are, how nice they are, and they realize that football is just a game,” Renfrow said. “It's really the same thing with Clemson. I really like the Clemson coaches, too. I also like that at Clemson they play at the highest level.”

With the visits out of the way, the only thing left to do is sit down with his parents and make a final decision.