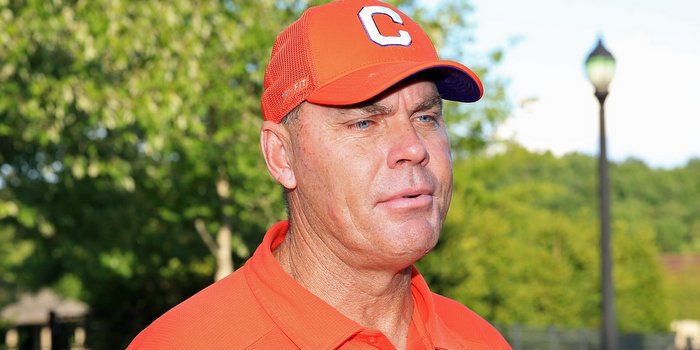 Pearman says sometimes kickoff coverage is a question of want to

SUNSET, SC – Danny Pearman didn’t hold anything back Tuesday when talking about Clemson’s special teams, and he said the coaching staff has owned up to the issues and that the entire group will be better in 2017.

But he also said that things weren’t quite as bad last season as people thought.

“Our biggest thing is that we have six phases that make up our special teams and in some of those phases last year we were pretty good. Greg Huegel was pretty good a kicking field goals,” Pearman said. “We were pretty good on field goal block. We were middle of the pack in kickoff return, but there are also some glaring areas that we've got to get better at as a collective group. We own it and we've worked really hard this offseason in addressing some of those issues and getting kids on there that not only understand it and realize the impact on the game that it will make. We're working as a collective group to improve areas such as kickoff coverage.

“Punting, we were pretty decent or middle of the pack. Obviously, punt return - getting somebody to actually give us a returnable punt has been something that college football has changed in the last five years more so than anything. I think we had 113 potential punt situations where we were returning the ball and out of those situations, I think we had 13 returnable punts that were punted to us. We have to go back and look at what are we doing and what are we doing it with. Are we sound schematically? Then you have to get the kids to be effective on Saturdays.” 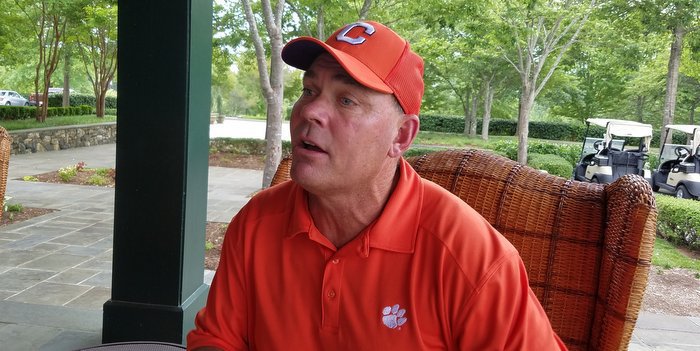 Pearman says sometimes kickoff coverage is a question of want to "

Is good kickoff coverage sometimes a thing of ‘want to’ by the players?

“That's something that sometimes you don't find out until they're out there, and that's usually too late. If you're a returner in high school and you're good at it then obviously you have the skillset that developed. I don't know how many of these guys that we've signed were actually on their high school kickoff coverage team or on their high school kickoff return team. Probably one of the hardest skill sets to develop is a front-line kickoff return guy. There's a big difference in a linebacker dropping to a spot than a kickoff return guy dropping 35 yards and taking on a guy, so you have to spend time teaching technique relative to that and it doesn't come overnight sometimes to these kids.”

Who stood out last year on special teams?

“The guy last year that was really good for us was Dorian O'Daniel. He was a kid who has kind of been on the shelf for a year or so, but he did an excellent job for us on special teams. I think he was our special teams player of the year. He's a solid guy. Usually these guys develop an underground swell and then all of a sudden they start playing the linebacker position, which Dorian has worked his way into the defense this season, but he's still going to play special teams for us, too.”

“Another thing is that it's important to make sure you possess the ball. I think that has to be our number one issue because if you're sitting there in our shoes you're sitting there saying, 'Hey, let's get the ball back to us offensively,' so possessing the ball is critical. It will be interesting to see how (Tavien) Feaster catches. I think that's a huge thing. That's why sometimes with punt return you give up a little bit with the dynamic guys simply to say, 'Hey, let's possess the ball.' Artavis Scott and Hunter Renfrow are the kids I know that can field the ball really well and they'll get good opportunities this season for us in that realm. Using Wayne Gallman some on kickoff return would be an advantage to us now that we have more depth at running back. Things like that are what we sit around and talk about. Those are things that we'll work at in fall camp to see who are our guys that will give us the best opportunity.”

“That darn kid. He's athletic. He can catch it and he punts a decent little ball for not working on it much. He was our back up punter, but hopefully this year we can find another guy. Carson King is a kid that's out. Will Spiers and then Michael Batson are guys that can hopefully give us some depth. Hopefully, Andy (Teasdall) can stay healthy and continue to punt.”

Do you wish you could have the onside kick (Bama) back?

“Yeah. Part of that is that you get in that game and the kids played their hearts out, and you wish there was something different you could have done or prepared them for. You think about it in those terms. We are just looking forward to this season and looking forward to making another run in the conference.”

You don’t really oversee all special teams. What is the breakdown of what coaches are in charge of each group?

“I am really just in charge of the meetings, per se, at times and the organization of it. But we have direct coaches that are assigned each year to particular teams. Brent Venables and Marion Hobby had kickoff last year, and Mike Reed handled our punt return and I handled our kickoff return. It used to be me and Tony Elliott, but now Tony is more involved in the offense so I am handling that. And then I handle punt and Dan Brooks handles our field goal block and Robbie Caldwell handles our field goals. That has kind of been the breakdown the last couple of years.”

What would make kickoff coverage better this season?

“I think it would just be sound and make tackles. Obviously, stay in a confined position so you can work with your neighbor beside you and take better angles to the ball. It's just working as a cohesive unit like you do on offense or defense. We have to find the right guys that want to be on it and a lot of it is 'want to' from that standpoint. And then you have to have some guys that are willing to go down there and get him on the ground.”