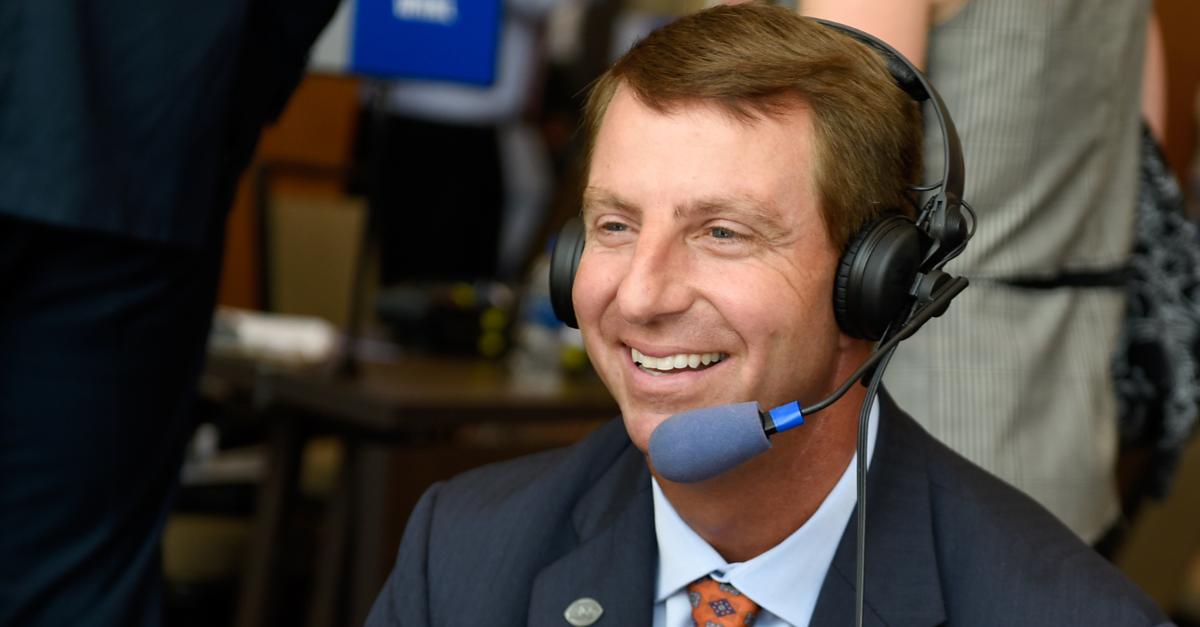 Swinney says his program has blossomed from the inside-out.

Clemson’s head coach doesn’t mind protecting his players and his program from outside influences, and he doesn’t want people walking through his mind with dirty feet.

Swinney was asked about how he insulates his program from all of the outside noise and expectations, and he said the key is living your life from the inside-out.

Swinney has built a program that is now considered to be among the nation’s elite, and it’s a program built from the inside-out.

“I think that's very important - to think the right way. When you're dealing with young people, I think that's very important,” Swinney said. “Our program blossomed from the inside-out, not from the outside-in. One of the first things I said when I got the job, I came in and wrote down all of the things we had never done, all of the things we hadn't done in forever and all of the things that people said we could never do. I said, ‘You know how we change that? From the inside-out. Go to work, one day at a time, do your best, be about the right things and don't get distracted by stuff that doesn't matter.'

“Everybody has an opinion. Most people really don't understand or really don't know so don't sit around and judge those people. It just doesn't matter. You just focus on the things that you control. You blossom from the inside-out and that's just what we try to focus on and not be affected by that. It's the world we live in. You don't harness, you teach. I think you teach, you educate, you communicate every single day.”

When it comes to the varied opinions espoused by the national media, Swinney doesn’t mind. Why? Because they’re still talking about the Tigers.

“You've got 120 young people who have families and friends and social media and all these things. It's just part of it but I like it,” Swinney said. “I'm glad that we've got people that have an opinion on Clemson. I think that's great. That means we matter. Our program matters. It's good that people are talking about Clemson, good or bad, 'Ah, they stink, or oh, they're great.' It doesn't really matter. What matters to us is just playing well. It's fun, too.”

The R.O.Y. bus is back and #Clemson coach Dabo Swinney is just fine with that.