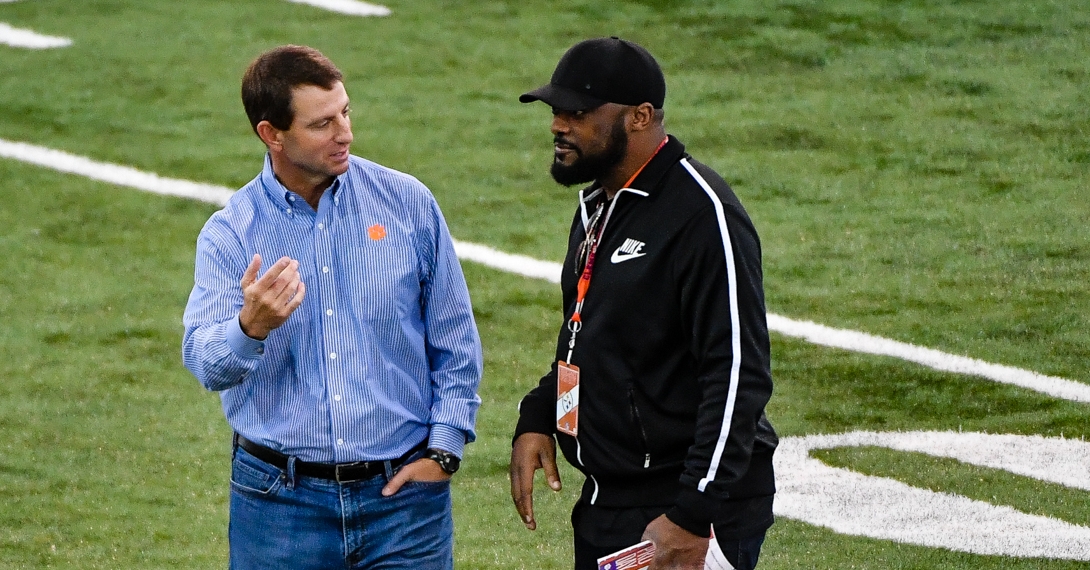 Successful college coaches have never been shy about trying to find similar results in the NFL. After all, the NFL is supposed to be the pinnacle of the sport of football. But not all coaches are meant to take their talents to the professional level, and Dabo Swinney believes that he is one of those coaches.

Steve Spurrier left Florida and tried his hand with the Washington Redskins had limited success, earning two third-place finishes in the NFC East. Nick Saban left LSU and had a 15-17 record in two years with the Miami Dolphins, then found success again at Alabama in the college ranks.

Coaches who have success making the transition include Bill Walsh, who moved from Stanford to the San Francisco 49ers, and during the next 10 seasons, the 49ers won three Super Bowls and six NFC West titles before he resigned after the 1988 season. He would return to Stanford in 1992, where he spent three more seasons as the head coach.

Jimmy Johnson won a National Championship at Miami and then won two Super Bowls with the Dallas Cowboys. Pete Carroll made Southern Cal a national contender before leaving (ahead of allegations of wrongdoing in his program). In nine seasons at USC, he won seven Pac-10 crowns, a couple of national titles and had 53 players selected in the NFL draft. He then moved on to Seattle and won a Super Bowl with the Seahawks.

Bobby Ross had success at both levels, winning a title at Georgia Tech before taking the San Diego Chargers to the Super Bowl, while Bobby Petrino had to sneak out of Atlanta after throwing the Falcons in the tank.

It’s not an easy move to make, and some coaches are just meant to be college coaches.

Dabo Swinney says college football is all he has known, but he also acknowledges he has had chances to move to the NFL.

“As for coaching in college, that is all I have ever done, number one,” Swinney said on Chum Chat with Tanner Tessmann. “I've had opportunities to coach at the NFL level. In fact, I've had two or three opportunities. But I've chosen to stay put because I love the 18-to-22-year-olds. I kind of have a PhD. in that group. I've been one, and I've spent my whole life with those 18-to-22-year-olds and I love the impact I am able to have on that group of people and it's just a lot of fun. I love it.”

No one can deny the results on the collegiate level. During his tenure at Clemson, the Tigers have compiled a 130-31 record, including a 77-16 mark in the Atlantic Coast Conference. Those numbers include a 69-5 record since 2015, with five consecutive appearances in the College Football Playoff and two National Championships.

Clemson enters the third decade of the 21st century after Swinney helped author one of the most prolific 10-year periods in the history of the sport. Clemson posted a 117-22 record under Swinney’s leadership in the 2010s, and the program’s 117 wins trailed only Penn (124 in the 1890s) and Alabama (124 in the 2010s) to tie for the third-most in a decade in major college football since 1890.

Even more impressive is the fact that Swinney makes sure his players are successful both on the field and in the classroom. In APR scores announced Tuesday, Clemson's 4-year average score for the period ending with 2018-19 was 993, 4th-best in the nation. On the field for that period, the Tigers had a 55-4 record, two National Championships, four CFP appearances and four ACC championships.

Those numbers bear out the fact that Swinney has more control over a college program than he would have in the NFL.

“I love the pageantry of college football. I love recruiting. In college football, you get more than one first-round draft pick,” Swinney said. “You can go sign as many as you want. In the NFL they give you one. But at the college level, I have more control of my success. In the NFL, you have so many cooks in the kitchen, from the owner to the GM to the player personnel guy to the scouting guy. And so this has been a great fit for me. But I always say never say never.”