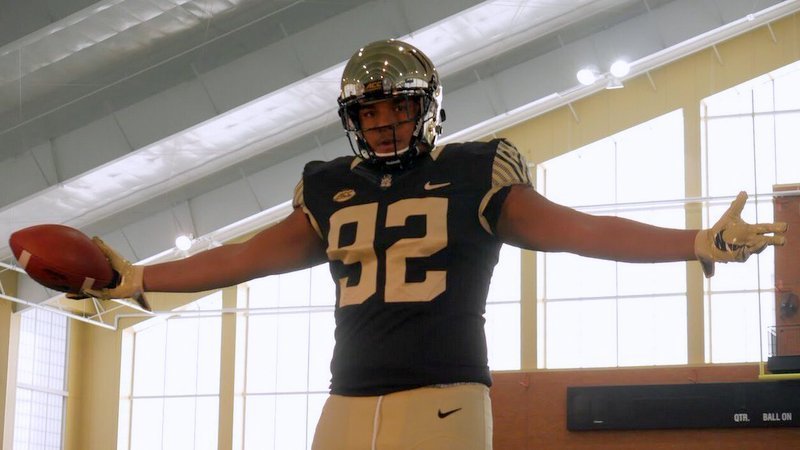 Can the Tigers bring another Wake Forest player to Clemson?

A few years ago, Clemson went into Wake Forest (NC) and signed 5-star defensive tackle Dexter Lawrence, one of the gems of the 2016 recruiting cycle. Now the Tigers are once again looking at Wake Forest with an eye on 3-star 2019 defensive tackle and Shrine Bowl selection Jaden McKenzie (6-4, 280).

McKenzie lacks the sheer size of Lawrence but has the speed to go along with his frame.

McKenzie has not yet made it to Clemson for a game this season but he's planning to get there. He has been to the campus three other times so he's got a good feel for the program Dabo Swinney has created.

"I like the way Dabo runs the program, I just like the atmosphere when I go down there," McKenzie said. "The whole coaching staff, I have great conversations with them. I love the way the program is run."

McKenzie knows about the legacy of talent on Clemson's defensive line but feels he has the pedigree to fit right in if he chooses the Tigers.

"I know they've got a defensive line that the whole front is elite players. I'll have to step my game up more," McKenzie said. "I feel like I could be a good fit on their D-line with some work. Their coach kind of runs it the same way as my coach runs it as far as like coaching styles, so I like it."

This season McKenzie has been to Wake Forest and North Carolina for games. He has official visits set with Wake for November 30th and North Carolina the following weekend. Those two, he said, are recruiting him the hardest of all the schools. He also has offers from USC, Ohio State, Duke, UCF, East Carolina, Memphis and others.

McKenzie did not grow up in the Carolinas. He's actually from New Orleans and was displaced along with his family by Hurricane Katrina. His journey first took them to Houston before they relocated to Raleigh. He moved to Wake Forest for school in his 8th grade.

McKenzie said he is not graduating early but he does plan to sign in December.