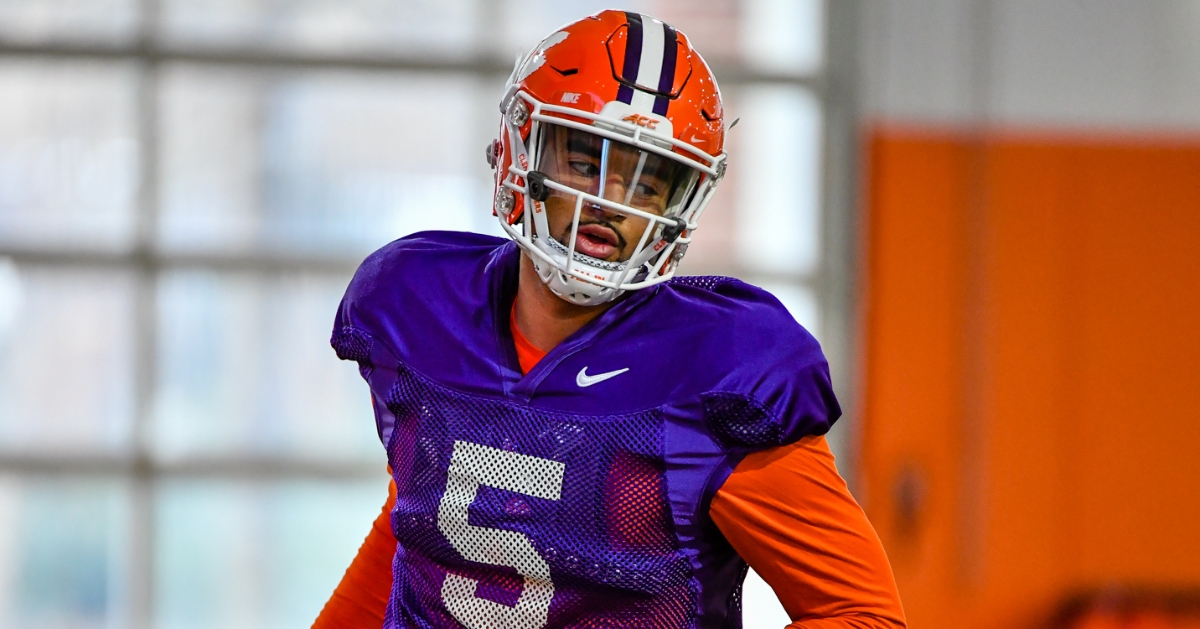 Uiagalelei works out in practice.

Clemson fans can thank Tajh Boyd for a lot of things, from helping start the current run of success to putting the Tigers on the national radar. They can now thank Boyd for helping land a future star in quarterback DJ Uiagalelei.

Boyd finished his career as one of the most prolific passers in Clemson history, setting school and conference records with 11,904 passing yards and 107 touchdowns. In addition to leading the Tigers to an ACC Championship title in 2011, Boyd earned First Team All-ACC Honors in 2011 and 2012 and was named a First Team All-American in 2012. As a three-year starter, Boyd led the Tigers to three consecutive 10-win seasons, including victories over No. 9 LSU in the Chick-fil-A Bowl and No. 7 Ohio State in the Orange Bowl.

Out in California, a young and aspiring signal caller -- just 10 years old at the end of the Boyd run -- already taking notice.

"My first memories of Clemson was definitely when Tajh Boyd was here," Uiagalelei said Monday. "He was a quarterback I'd try to watch on ESPN. I think it was Saturday mornings when I was younger, I was like maybe middle school, I just (remember) seeing them on ESPN throwing bombs, like boom, boom, boom. And I just wanted to throw the ball deep. So, I remember when I first seen them I was like, 'Man, who's Clemson?' I liked the orange jerseys they had on ... 'orange and purple, that's pretty dope.'

"But the first thing for me was to see Tajh just throwing bombs away to Sammy Watkins, DeAndre Hopkins, just seeing bombs. I was like 'Oh shoot, this is the school I want to be at. I want to throw the ball deep.'”

Uiagalelei made his collegiate debut at Wake Forest, completing 2-of-3 passes for 16 yards and rushing once for three yards. Before Clemson, he was the National Offensive Player of the Year and first-team All-American by USA Today in 2018 as a junior. During his storied high school career, he threw for 10,496 yards and had 127 career touchdowns against just 11 interceptions. He completed 585-of-871 passes for a 66 percent completion mark and averaged 18 yards per completion.

Before Boyd, Uiagalelei didn’t know much about the Tigers.

"Definitely. Before that I had never really heard of Clemson before that," Uiagalelei said. "But after seeing the offense, (I knew) that was kind of what I liked doing, especially at a younger age. I've gotten a chance to meet Tajh a couple times. He's a cool guy, and he was a great quarterback here at Clemson, so I've gotten to ask him a couple questions, and he's been really cool about it all."