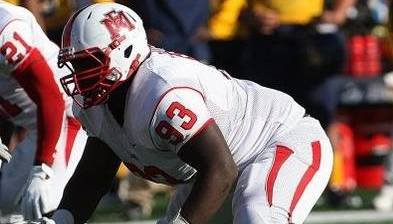 D.J. Jones
Defensive Tackle
6-1, 300
Piedmont, SC
View Full Profile had quite a weekend with the Tigers.

The 6-2, 310-pound prospect detailed both visits in an exclusive interview with TigerNet Sunday evening.

His first stop was in Clemson – a place that he has seen many times before – but this time he spent most of the day with the coaches breaking down film and seeing where he would fit in on the Tigers’ defensive line.

“It was good,” Jones told TigerNet shortly after leaving Auburn. “My mom and my cousin rolled through. Of course, I've seen the campus several times before so we sat down with Coach [Brent] Venables and Coach [Dan] Brooks for a while. We looked over some film. As we were sitting and critiquing some film they talked to me about where they wanted to place me and things of that nature.”

Clemson will lose three defensive tackles next year, and the coaches think that Jones could be the perfect replacement for Grady Jarrett.

“They really want to play me at the nose guard - the same place as Grady Jarrett,” Jones said. “They said that I would play exactly where he is right now and do exactly the things that he does and if I came in and worked I'd be in the same position that he was.”

Jones was also able to spend some time with a couple of his former high school teammates.

“I played with Shaq Lawson and DeShawn Williams in high school,” he said. “They sat down and ate lunch with us. I talked to Mike Williams and a few other players.”

Despite growing up a Clemson fan, Jones knows that his decision must be based on more than just liking a particular location.

“It's a business thing. It's not what I like,” he said. “It's what's good for me. I actually sat down with one of the members of the coaching staff and he showed me the buildings and the renovations they are going to do. Those buildings are impressive. What they've got coming, is very, very impressive. They just have to continue of doing what they're doing. They're not doing a bad job. Just continue to recruit me. I know the whole coaching staff, so that's a plus”

As for his second stop of the weekend – the Tigers of Auburn – Jones came away impressed with the program that head coach Gus Malzahn is building.

“It went great,” Jones said of the visit to Auburn. “I got a chance to sit down with pretty much the whole defensive staff. I sat down with Coach Malzahn and talked with him for a good 30 or 45 minutes. Most of the time, we were touring the campus and the sitting down and talking to the coaches. Now, it's really a place that's high on my list.”

In addition to the Auburn and Clemson visits, Jones has also been to South Carolina and Tennessee, and is finished with visits until after he completes his summer sessions at East Mississippi, but he already knows what his perfect school will look like.

“It's going to have a great defensive line coach,” he said. “It's going to be a family environment. It's going to be a winning program. Looking at my Top10, all of those programs are great programs. Great coaches, that's all I need. If I go in somewhere and work hard enough, I see myself leaving in a year.”

Jones recently released a Top 10 in no particular order: Alabama, Auburn, Clemson, Florida, Georgia, Florida St., LSU, South Carolina, Southern California, and Tennessee. He said that he will make a decision in late November or early December to give himself plenty of time to enroll for the January semester.

Jones will have thee years of eligibility to play two.

Check out his JUCO highlights here