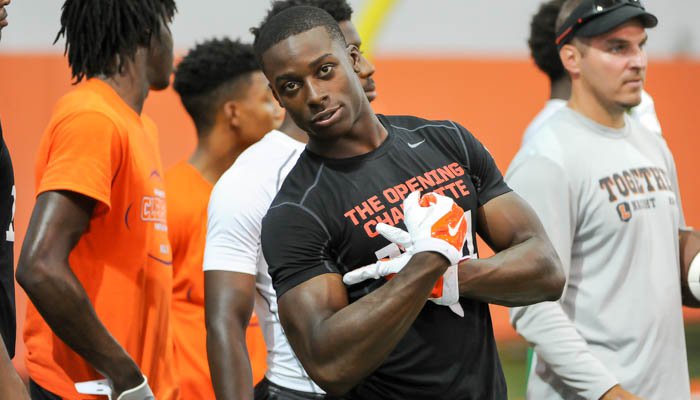 Powell has the tools to compete for playing time this fall

Cornell Powell isn’t used to playing second string to anybody, and while he understands there are plenty of experienced and talented receivers already on Clemson’s roster he still wants to compete for a job this fall.

The 4-star 2016 signee out of Greenville (NC) Rose joins a talented recruiting class of wideouts that includes good friend Diondre Overton and Florida native T.J. Chase. Mike Williams, Artavis Scott, Deon Cain, Ray-Ray McCloud, Hunter Renfrow, Trevion Thompson, Shadell Bell and Adrien Dunn are all already on scholarship, but Powell is still going to compete for what he hopes is a starting spot in fall camp.

“I'm definitely going in looking for a spot. I've started every year I've played football in my whole life,” Powell told TigerNet earlier this week. “I've never been a backup, so I'm not going to settle for second string, but I'm going in there to try and earn me a starting spot over whoever and whenever I can. I will definitely contribute on special teams and scout teams during practice to make my team better.”

Powell wowed spectators with a 98-yard kickoff return in the Shrine Bowl of the Carolinas last December, and he says he feels he can help out on special teams as well.

“My one cut ability and I hit the hole hard are why I feel like I can work out on special teams,” he said. “It's full steam ahead. I'm not trying to juke everyone. I'm just doing what the play or the return for is for - going right, left or up the middle. I just follow my blocks and I'm very disciplined and I'm explosive. All of that comes into play when I return.” 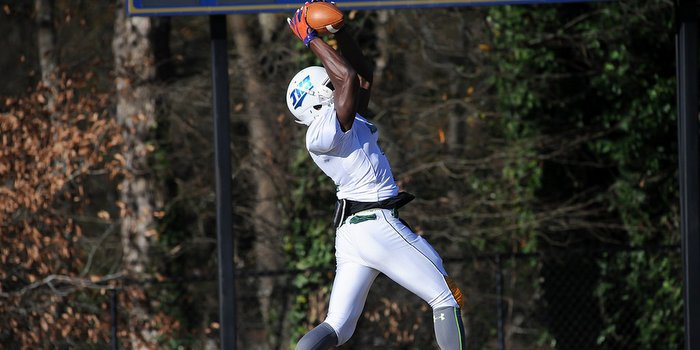 Powell has the tools to compete for playing time this fall"

He will enroll at Clemson early next month, and he’s been doing some distance running to prepare him for summer workouts.

“I've been doing the workouts that they sent me and running,” Powell said. “I've been running miles and working out to get physically ready for Clemson. I'll run about a mile and a half, but I'm increasing my distance and getting better. I've never really run for distance until this spring. I'm training for Clemson, so it's different for me but I want to adapt to it. I'll be ready when I go up there.”

Baseball has also kept Powell busy, and he likes the fact that baseball helps prepare him for football.

“We went through the fourth round. I played center field,” he said. “Every sport involves teamwork and responsibility from each player. Definitely in baseball, everyone as a job to do, so it's sort of like football when everyone does their job your chance to win increases. It's helped my teamwork and my work ethic increased.”

Once he arrives on campus, Powell will finally be reunited with Overton, a childhood friend. The duo will be roommates.

“It's definitely easier with him being my childhood friend and growing up and now we're reconnecting at Clemson and living out our dream playing football,” Powell said. “It's definitely special, but it makes things easier being roommates with someone I know and also someone who has the same passion as me about football. It's special, but we're not going to take it for granted. We're going to go up to Clemson and work hard.

“We went to the Boys and Girls Club together when we were in elementary school all the way until he moved to Greensboro. We stayed in touch and when we played in the Shrine Bowl, we were talking about it. I knew all along he was going to Clemson. We were saying that we definitely have to room together. It just all happened.”

Powell said he knows he has a lot of hard work in front of him, but he knows it will all be worthwhile when the Tigers finally take the field in Death Valley.

“I'm looking forward to the first home game when I get to ride around the stadium on the bus,” he said. “There will be 80,000 fans cheering. I'm ready for that moment. I think it's going to be special.”