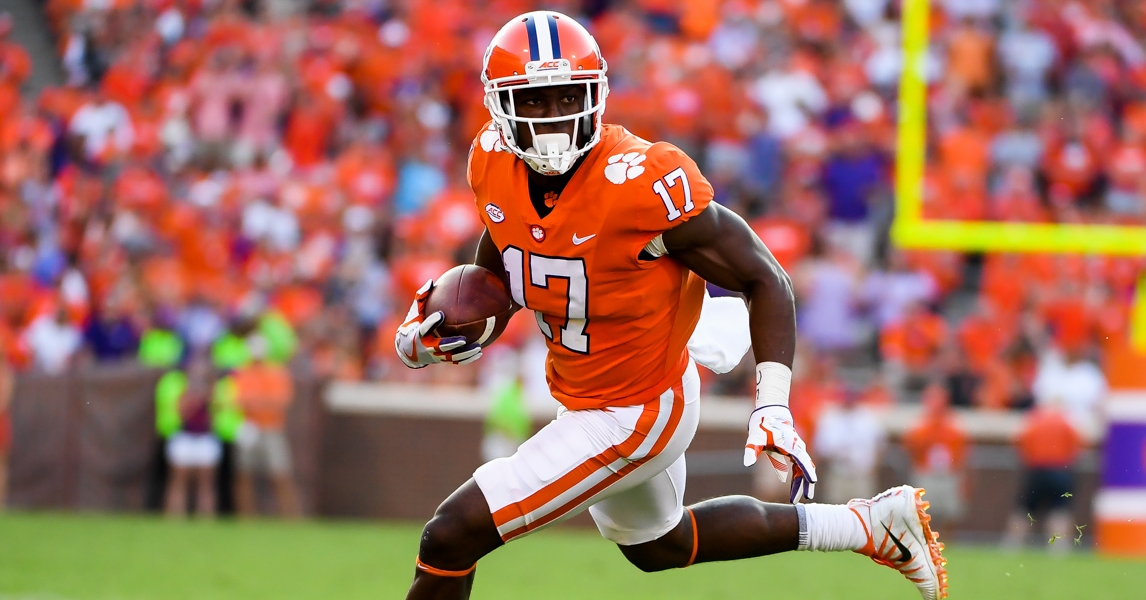 Powell is looking to make the most of his senior season.

CLEMSON – Cornell Powell has more to prove. He has more to accomplish. And he wants to do it in the place he calls home.

The senior wide receiver out of Greenville, North Carolina, enters 2020 with 40 career receptions for 329 yards and three touchdowns over 577 career snaps in 42 games. He has also made a mark on special teams, posting seven kickoff returns for 182 yards prior to the 2020 campaign.

Powell played in 2016 and 2017 and played four games in 2018 before redshirting. Along the way, he’s played with and behind some of the best receivers in college football and many wondered if he would take his talents elsewhere for his senior season.

“Nothing easy is worth having,” Powell said after Monday’s practice. “I feel like I wanted to earn everything I had. I could have easily gone somewhere else coming out of high school. I just felt like Clemson was the best place for me. It helped me develop on and off the field and being around guys when I came in, Mike (Williams) was here, Artavis Scott and Hunter Renfrow and those guys. I just learned so much.

“I really feel like all four years equaled up to this last year. Everybody has to wait for their turn. Coach Swinney always tells us Drew Brees did not start until the last season of his career, so I just feel like this is my time and I am ready to embrace it.”

Powell is a valuable veteran who has played every receiver position during his career and is likely to play each spot again this fall.

“When I first got here my freshman year, I played (field) then I switched to (slot) and then I worked a little bit of (boundary) last season,” Powell said. “So, naturally, I just learned all the positions. So, coming in this year, I put it as my No. 1 goal to just be able to run all three positions in case an injury happens or I am starting at a position. I just want to be able to get on the field and contribute to my team.

“Every day, I come in here with the mentality of getting better. This is my last year, so it is either now or never. So, coming in here with that mentality that I have to win today, regardless if I am at 9 (boundary receiver), 5 (slot) or 2 (field), that really helped me out.”

Powell was best friends with former Clemson receiver Diondre Overton in high school and the duo roomed together at Clemson. Overton stayed for his senior season and earned five starts, catching 22 passes for 352 yards.

“It is going pretty well. I can’t complain with two national championships,” he said. “But I have a lot of individual goals that I still have that I want to achieve and I feel like this year I can step into another role on this team … being a leader, being a fifth-year guy and just come in and do my job and help the program and help the team in any way that I can.”