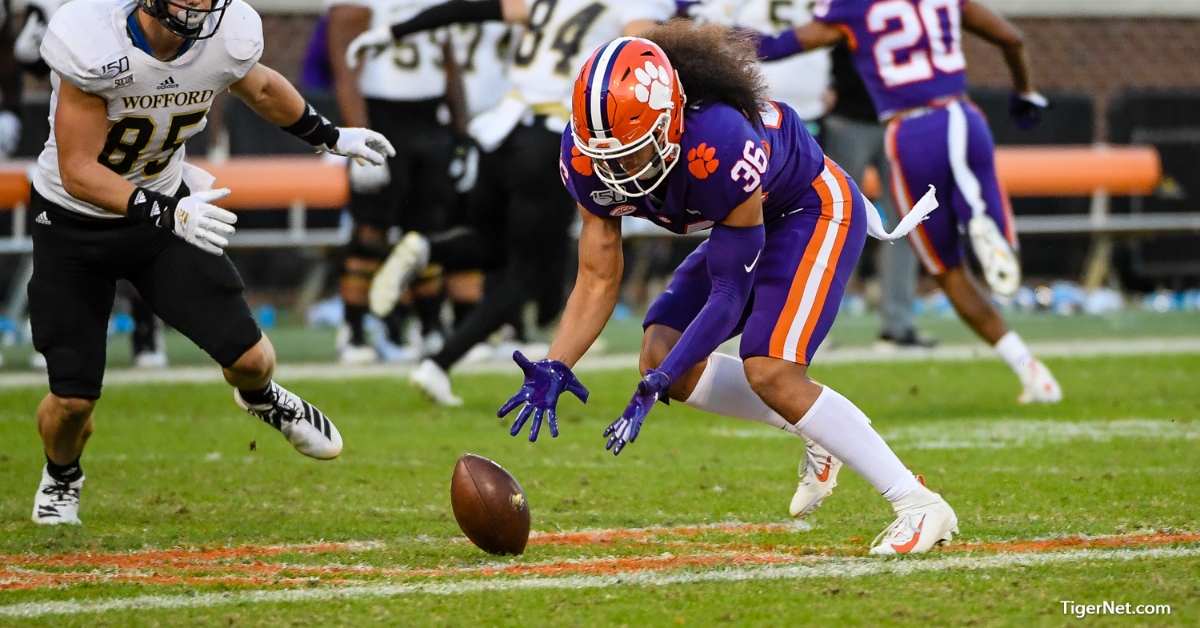 Lannden Zanders figures to fight for a starting spot this spring.

Clemson safeties coach Mickey Conn is tasked with replacing three valuable members in his group this spring, but he likes the talent he has on hand.

K’Von Wallace, Tanner Muse, and Denzel Johnson have all graduated and moved on, leaving Nolan Turner as the most experienced returning player. Conn brought in four safeties in the 2019 recruiting class and has two for the 2020 class, and all six of those players should be healthy and ready to go for spring practice.

TigerNet caught up with Conn to talk about his group:

“Joseph had a great year. He played on special teams this year and did a great job. He is really picking up on the defense and I am looking forward to getting him into spring practice and seeing how he does. He is going to be a good one.”

“Jalyn has had a great season on special teams. He has been learning the dime and the nickel and he's learned the free and the strong, so he's learned multiple positions and he's done well. He is going to have a good spring. He's an extremely hard worker.”

“Lannden has got in there and really made some plays. He has flown around and he's flashed. He has really learned the defense and picked up on everything. He has such good range back there. You see it. You can see that he has a feel for the game. He has great instincts.”

On if Zanders surprised him

“I wasn't surprised because I recruited him. I saw him on film. I knew. He was just one of those guys that didn't go to the camps. Some of these kids that don't go to the camps fly under the radar. But if you follow their school and you recruit their school and you go see these kids play, you can see it. I saw it immediately. I went to watch him play in a game and I saw it. He made some unbelievable interception, a one-handed catch, and then it translates when he gets here.”

“I love Ray. We did redshirt Ray. We felt like since he didn't go through spring practice he was a little bit behind. I really wanted his shoulder to heal up and give him a year in the weight room and get that thing stronger and then come back this spring. He has an incredible attitude and work ethic and I am excited to see how he does when I get him out there.”

“R.J. has a great pedigree. He comes from a great high school out there in Texas. He was one of the top safeties in the whole country, and we are at a place now at Clemson where we feel like we can get the best of the best. I wanted to go out there and take a chance and see if I could get him. I tried to get another kid from Texas and didn't get him and of course Coach Swinney let me hear about that. So I said I am going to go back and I am going to get the best one in Texas and that is what I did. We had two practices with him and he will really benefit from the weight room. He is extremely cerebral with great range and great ball skills. He really understands the game. His high school coaches have done a great job of teaching him to play defense.”

“Tyler is going to be an incredible player. Very physical. Great short area quickness. He knows the game. As much defense as we run it's important we get guys in here who understand football.”