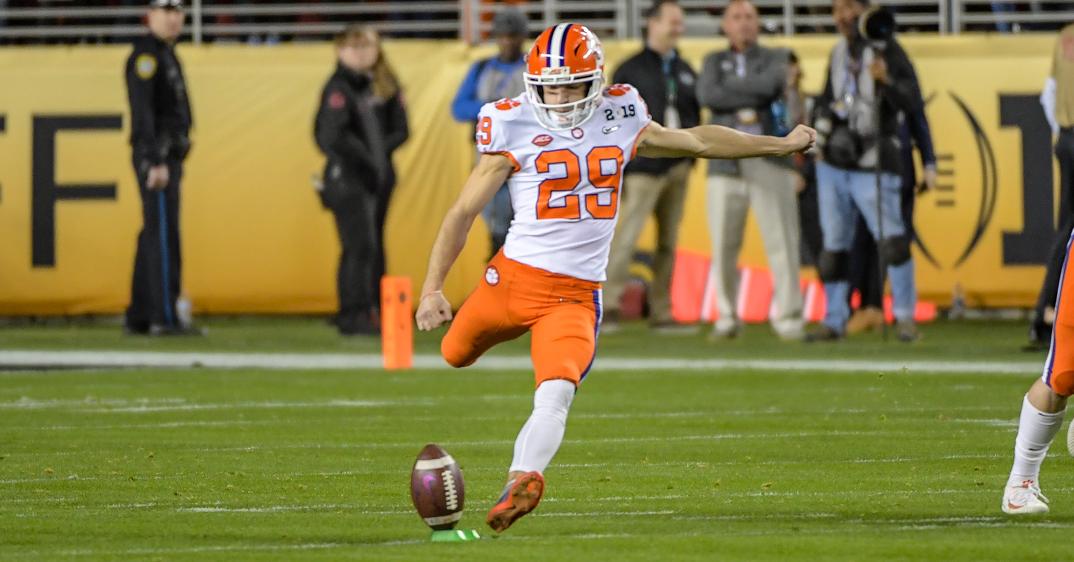 CLEMSON – BT Potter is locked in, both mentally and physically.

The sophomore placekicker out of Rock Hill was a weapon on kickoffs last season, hitting 79 touchbacks (out of 114 kicks) during his first season as a Tiger. He attempted and made his only field goal attempt and hit all seven of his extra-point attempts as a backup to Greg Huegel.

Many expected Potter to take over the kicking duties during the spring, but he was inconsistent from start to finish and a summer of reflection has led to a different outlook on the job he hopes he’s won.

"I feel like in the spring I was definitely not where I wanted to be at, and it was pretty obvious," Potter said. "But this summer I thought about it a lot, and I worked a lot on my mental game, the process and all that. That's just really helped me out.

"We started from the basics - just knowing what I'm doing every single time and just focusing on those keys whenever I go to kick."

Potter has had a solid if not spectacular camp.

"This year, I've just been a lot more locked in during camp," Potter said. "Last year, it was more of a kickoff kind of thing, but this year — field goals — it's more of a mind game to me. Just being able to lock in and know my process."

Potter hasn’t made the journey alone – strength and conditioning coach Adam Smotherman and Huegel have both added their support and input.

"Coach (Smotherman) works with us, and he does a lot of workouts that are specific for kickers, and some of those workouts have changed me," Potter said. "I feel like the first full year in the weight room changed a lot. Last year, I got here in the summer, so I was in there just for a few months. Doing mat drills and all that this year really helped me out.

"Greg doesn't get enough credit. Greg helped me grow so much since I've been here. He still does. We talk a lot. I just love him. I appreciate him."

“(The competition is) not tight,” Swinney said. “Potter’s way out front, and it’s not even close. Potter has been awesome. He looks like a different guy. (Steven) Sawicki’s been solid. And that (Jonathan) Weitz kid, he doesn’t have as strong of a leg yet as Potter, but he’s accurate. But Potter’s way ahead.

“He’s just gotten strong, gotten in the weight room. He likes how his muscles look. That just develops more confidence and translates to the field.”

Potter has also embraced the chance to perform in front of his teammates and earn their trust.

“I’d say just getting out there and doing it (kicking) in front of the team every day has been big," Potter said. "Really, I feel like a lot of people believe in me now, and that's helped me out."