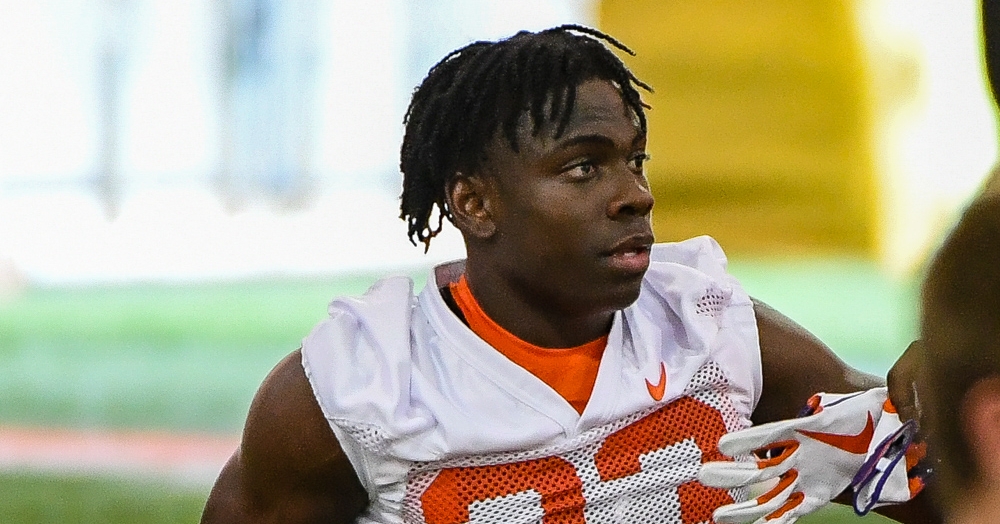 Booth has confidence and courage heading into the season.

Andrew Booth is a different player this fall than he was a year. Now he has confidence and he has courage. And a renewed sense of swagger.

Booth enters 2020 credited with six tackles and a pass breakup in 65 defensive snaps over 13 games. However, Booth battled a knee injury last season (that dated back to high school) and struggled with both the mental and physical side of the game.

He had surgery in the offseason and had one of his best days at last week’s scrimmage.

“I thought (he) had his best day,” head coach Dabo Swinney said. “He had some good open-field tackles. From where he was last year to this year is night-and-day. He’s healthy, he's strong, he's so much more knowledgeable. He's very focused and he's just confident, so I'm really proud of him. He did not have a great scrimmage the last time out, but he responded today.”

Booth admitted during interviews Friday that last year was a struggle, and he lost a little bit of his usual swagger.

"Definitely took a huge toll on me last year not being able to move how I used to,” Booth said. “Just feels like your swag is gone, out there playing naked. Now I'm healthy and I'm able to fly around and able to show my teammates and coaches my athleticism and what I really have.”

Booth learned more of the playbook during the offseason and added two more facets to his game: courage and confidence.

Booth has also received help from senior wide receiver Amari Rodgers and said that Rodgers’ helpfulness is a byproduct of the types of people that Clemson recruits.

"First of all, it's how coach Swinney recruits. They are just a bunch of great humans who happen to be good at the sport of football,” Booth said. “I thank Coach Swinney for surrounding me with a bunch of dudes who are just great people. I remember the first time I saw Amari, he shook my hand. He was like, 'Hey man, my name is Amari. It's nice to meet you.' He is just the nicest guy. When I got here he welcomed me with open arms.

“I was aware and I realized it and I tried to stick with him throughout the whole way. After practice, he would come up to me and say, ‘You could have done this. You have crazy athleticism.’ He would correct me and tell what I could have done better from a wide receiver standpoint to make my game even better. He is a great dude and he is always there to help me, to give me tips, and he's a great guy.”

Booth is battling for the starting corner spot opposite Derion Kendrick, and he says that while he feels like he has done enough to start the season opener at Wake Forest, he understands it’s not his decision to make.

“You can say you've done enough, but that's up to the coaches at the end of the day,” he said. “Everybody can get better and I can definitely get better. It's realizing it's me against me out there every day taking the field.”