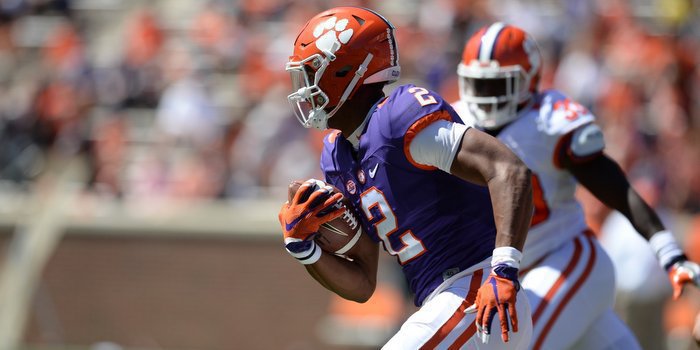 Clemson fans have had the privilege of watching great quarterback play over the last several years, with Tajh Boyd and Deshaun Watson setting records and winning championships. Clemson will have a new starter this season, and while we don’t know yet know who that starter will be, one national media entity thinks it will be Kelly Bryant and that Bryant will be one of the Top 20 signal callers in the country by season’s end.

College Football News recently released an article stating their Top 20 quarterbacks in the country for the 2017 season, with this statement:

Who are the best quarterbacks coming into the 2017 college football season? This is a projection of the top COLLEGE players, and not necessarily the best pro prospects. Talent, of course, matters, but this is about looking ahead at who will be the top 20 this year.

The top of the list has the usual suspects, starting with USC’s Sam Darnold at No. 1, followed by Baker Mayfield of Oklahoma, Lamar Jackson of Louisville, Mason Rudolph of Oklahoma St. and Jake Browning of Washington.

Sitting at No. 20, however, is Clemson junior Kelly Bryant, and College Football News says Clemson fans have nothing to worry about with Bryant at the helm. 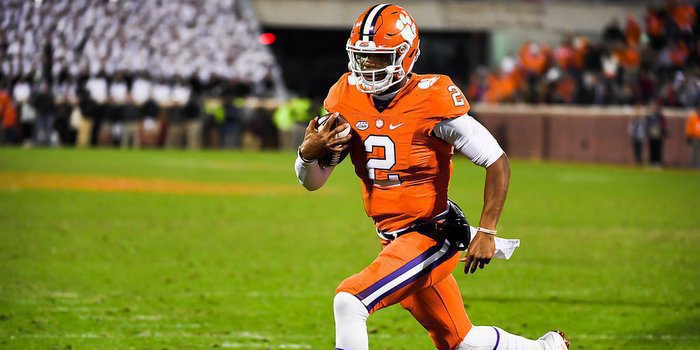 Remember, there was a concern about replacing Tajh Boyd not all that long ago. Bryant won’t be Deshaun Watson, but he’ll be fabulous.

Bryant has appeared in 12 games through his brief Clemson career. That might not seem like a lot, but it’s still 12 more than fellow quarterbacks Hunter Johnson, Chase Brice and Zerrick Cooper. Another veteran, Tucker Israel, appeared in two games last season and completed all four of his passes for 25 yards.

Bryant has completed 13 of the 22 passes he attempted in that limited playing time. He’s added 178 rushing yards, including an electric 58-yard run against Miami two years ago. During spring practice, linebacker Kendall Joseph told TigerNet that Bryant is the one quarterback defenders hate to see on the field.

Clemson head coach Dabo Swinney made the quarterbacks “live” during some spring practices, meaning they could be hit, and Joseph said that was a good thing. Except for Bryant.

“I love it. It’s awesome, you just want to hit them,” Joseph said. “At the same time, we wish for that until Kelly Bryant starts running. And then we’re like, ‘Oh snap.’ Because he is a freak.”

It’s interesting to note that many in the state think that South Carolina sophomore Jake Bentley might be the best quarterback in the Palmetto St. in 2017, but College Football News doesn’t have Bentley listed among its best players.