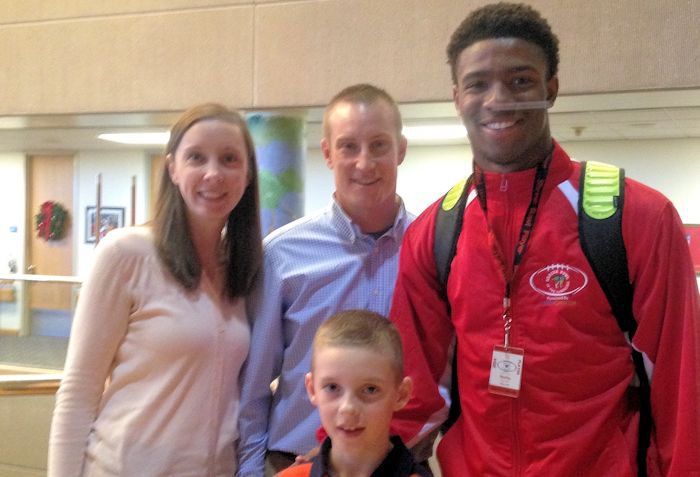 View Full Profile ran to his left and was tackled from behind just as he reached the sideline. Wren’s playoff hopes – and Bryant’s football future – were all in doubt as the Clemson commit immediately grabbed his leg and motioned for the trainers.

Bryant shook off the injury and attempted to play, but wasn't the same as the previously unbeaten Hurricanes fell 24-21. Bryant threw for 3,570 yards and 41 touchdowns and rushed for 720 yards and 14 touchdowns to lead Wren to an 11-1 record and Region I-3A championship.

The injury didn’t slow Bryant, however, and he was able to participate in the Shrine Bowl of the Carolinas a month later, something that didn’t surprise Wren head coach Jeff Tate.

“Once we found out the extent of the injury - a high ankle sprain - we've got some good doctors and therapists in our area and they got with him immediately and started treatment like the next day,” Tate said. “They put him in a boot and he was in a boot for 10-12 days, and then he started water therapy and running under water and the different exercises. And by then he was almost full speed.”

Tate said that nothing Bryant does surprises him, and that people who think Bryant will struggle to be an elite quarterback on the college level don’t know football.

“I've coached him, and I've coached a long time. The people that are making those assumptions are people that one, have never seen him play or two, know very little about the game of football,” Tate said. “The kid can play quarterback and I certainly hope that's what he has the opportunity to do. He's 6-4 1/2, he can run, he's strong, he's elusive, he's intelligent and he throws the ball very well and accurately. I don't know what else you can look for. You tell me, what is the criteria for a quarterback? If you were going to build one, what would you look for?”

Bryant enrolled at Clemson earlier this week, and with starting quarterback Deshaun Watson out for spring practice as he recovers from a knee injury, Bryant will battle Nick Schuessler and fellow mid-year enrollee Tucker Israel for the backup spot.

Tate said Bryant will work harder than anyone else to earn that spot.

“He loves the game. He's competitive. He's extremely coachable,” he said. “And as I said earlier, he is intellectual and he understands life and he understands the game and he wants to be successful at it. There are three kinds of people - people who work, people who think they work and people who won't work. Kelly is a worker. He will be successful. He's not the only great player and there are great players all over the country, but I feel like he is one of the best this state has to offer.”

Tate said that football, however, won’t define who or what Kelly Bryant is or can be.