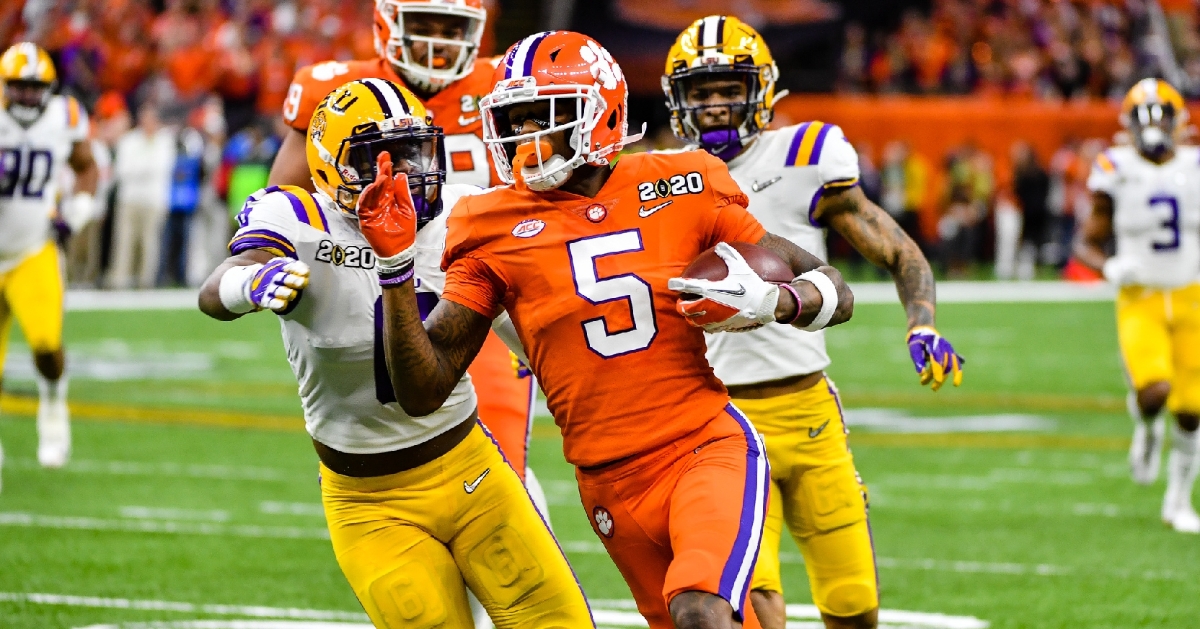 NEW ORLEANS, LA – Clemson will have more opportunities to compete for a National Championship.

Head coach Dabo Swinney told the media after the loss that it was simply the Tigers’ turn to take a loss.

“We won 29 games in a row, and sooner or later you're going to lose one. This certainly wasn't the one we wanted to lose, but I know how we'll respond. We'll get back to work,” Swinney said. “You can't win two until you win one, so we'll get back to work and see if we can come back and have a great year next year and really just try to achieve our goals. We've got five simple goals and they don't change. This doesn't change our goals. The last goal we have is to win the closer, and we hit four out of our five. We didn't get that one done. But I'm just really proud of this group for how they competed and what they did on and off the field.

“And then these seniors, I'm just so thankful. I mean, truly, just God's grace to allow me to watch them develop over the last four and five years, to be with guys like Tanner, just thankful for them. I'm thankful. No scoreboard changes that. We all hurt. We're all disappointed, but we're not defined by that.”

Swinney said the Tigers have shown the type of consistency that makes for a great program, and he even has a word to describe what Clemson’s accomplishments over the last decade have meant.

“Somebody asked me that (what word he would use to the other day. I just said, ‘transformative.’ I'm not sure that's a word, but that's the way I'd say it. From where we were in 2009, my first year, to where we are now, been in five straight playoffs, and we've won two out of the last four National Championships, and we've been in four National Championships,” Swinney said. “You know, I think we've got 69 wins in the last five years, which is the most ever in the history of college football over that span. So we've built a program of consistency, and that's really what it's about to me, and it's not just on the field. We've been top 10 academically nine of my 11 years and eight out of the last nine, us, Duke and Northwestern. So we've had a lot of consistency on the field and a lot of consistency off the field.”

Clemson will have more opportunities to compete.

“That's truly what to me matters most. We'll have more opportunities. These are tough moments,” Swinney said. “But when I hang my whistle up, it won't be about these moments. It's not going to be about the confetti flying and winning a National Championship or a very disappointing painful moment like this where you come up short. It's really more about the relationships that you have. That's the true joy, just getting a chance to just come to work every day with such great people. I've got a wonderful staff that are so loyal, so committed, and just a bunch of beautiful young men that lay it on the line.

“These guys, they competed with all they had. So sometimes you come up short. Only one team can win, and the best team won tonight. That's just the bottom line. They were the better team tonight. There's nothing you can do but tip your hat and get back to work.”