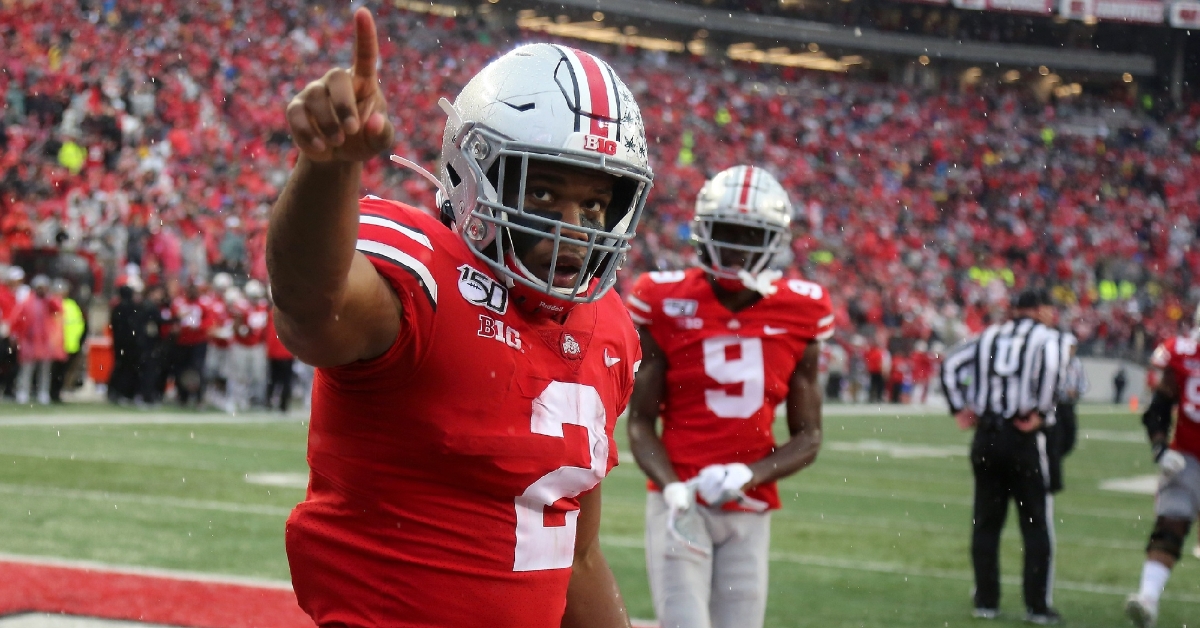 Entering each new college football season we marvel at the talent and potential on the rosters of the best teams in the country. In this three-part series, we’re looking at the few potential flaws and weaknesses these teams will have to overcome to plant their flag atop the mountain at season’s end.

In the first article, we looked at Alabama and Georgia. Next, we’ll take a look at Ohio State, Penn State, and Oklahoma.

The offseason narrative has been “it is Clemson and Ohio State, then everybody else.” While those teams certainly deserve to enter the season ranked No. 1 and No. 2, both teams have deficiencies that some are overlooking (we’ll examine Clemson in our next article). Ohio State doesn’t have many concerns on offense. Their QB, Justin Fields, is my early pick to win the Heisman. While they lost running back JK Dobbins, they replaced him with Oklahoma transfer Trey Sermon. Star wide receiver Chris Olave is back as well.

The defense, though, has some serious rebuilding to do. Last year they were magnificent. Now, they’ll try to avoid a significant drop off after losing co-DC Jeff Hafley (now the head coach at Boston College) and several key contributors. Defensive end Chase Young was picked No. 2 in the NFL draft, while cornerback Jeffrey Okudah went with the next pick at No. 3. Fellow cornerback, Damon Arnette, also went in the first round at No. 19. Tackle Davon Hamilton and linebacker Malik Harrison went in the third round, and safety Jordan Fuller was selected in the 6th. That’s an incredible amount of talent to replace on one side of the ball.

It wasn’t long ago, 2018, that the Buckeyes didn’t have Hafley and finished 72nd in total defense (403.4 yards per game allowed). It’s not a given they’ll have an elite defense and there’s good reason to believe they won’t in 2020.

Penn State has yet to make the College Football Playoff, but that could change this year if they can beat the Buckeyes in State College, Pennsylvania. With the aforementioned challenges the Buckeyes face on defense and the talent the Nittany Lions return on offense, they should be considered a major contender.

Penn State returns four of five offensive linemen, QB Sean Clifford, and RB Journey Brown. While they lost their offensive coordinator, they were able to steal away Kirk Ciarrocca, who was having a great deal of success in the same role at Minnesota.

There are major concerns at wide receiver though. KJ Hamler was selected No. 46 by the Denver Broncos leaving a void for the Nittany Lions who return just one receiver (Jahan Dotson) with any significant level of experience. Tight end Pat Freiermuth can help ease the burden, but some inexperienced receivers will have to step up to help a passing offense that was already a weakness last season when they ranked 76th (passing offense yards per game).

Just about every year Oklahoma has one of the best offenses in college football. This year they’ll have to replace QB Jalen Hurts, WR CeeDee Lamb, and RB Trey Sermon. Normally, that would be more than enough to raise major red flags, but OU head coach Lincoln Riley is one of the best offensive minds in the game. Much how Clemson defensive coordinator Brent Venables has earned the benefit of the doubt that he’ll find a way to make the Tigers’ defense great despite whatever losses each year brings, we should give the same assumption to Riley and OU’s offense.

Last year’s Sooners showed defensive improvement, finishing 37th in total defense, but they still have a long ways to go. LSU scored at will in the first half of the Peach Bowl, turning the semifinal game into an embarrassing blowout. Nine OU defensive starters return, but that side of the ball has yet to be playoff-caliber under Riley. Record-setting offenses have repeatedly carried them to the playoff and each time the defense has cost them the chance to advance. With so many players back and continuity with defensive coordinator Alex Grinch returning, this seems like the year they take another big leap, but it’s a case of showing me before we believe it.

If Lincoln Riley can find his next QB in either Spencer Rattler or Tanner Mordecai, the offense will be fine. The question is will the defense finally step up?