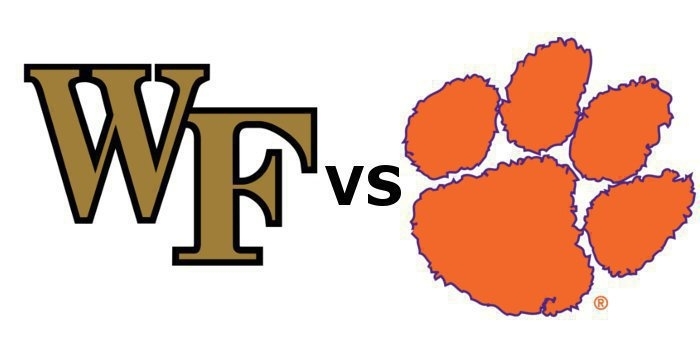 It seems like we were just eagerly awaiting the first practice of August camp and now we’re getting ready for the last home game of the season. As head coach Dabo Swinney says, the days are long and the years are short.

The contest against Wake Forest will be Clemson's first since clinching the ACC Atlantic Division last week at NC State to earn its fifth consecutive ACC Championship Game berth, a first in conference history. This week, Clemson can become only the second program in conference annals to finish back-to-back years with an 8-0 record in regular-season conference play.

Prior to the game, Clemson will honor its 2019 senior class with Senior Day festivities. Presently, Clemson's seniors hold a 51-3 overall record in the last four years, standing as one of only five senior classes in FBS history to post at least 51 career wins in four years. The group is 26-1 in Death Valley, 29-2 in ACC regular-season play (32-2 against the ACC overall) and has spent its entire tenure in the AP Top 10, including an active streak of 34 consecutive appearances in the AP Top 5.

The game has been also designated as Hall of Fame Day, as the Clemson University Block C Club will induct nine members, including former running back James Davis, into the school’s athletic Hall of Fame. For information on this year's inductees, see Page 23. 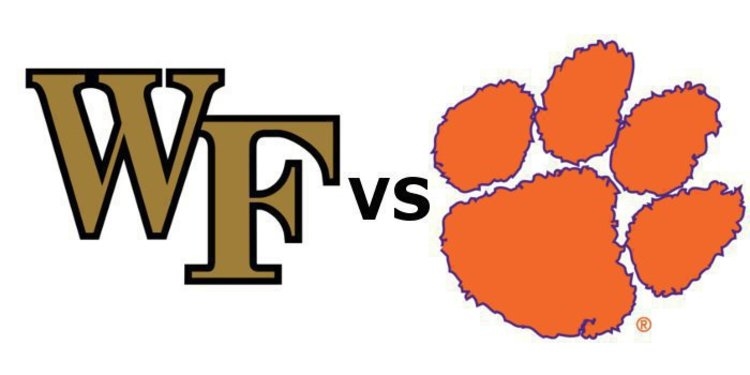 * This week, Clemson can win its 26th consecutive game, dating to the 2018 season opener. To date, there have been only 21 winning streaks of 26 games or more in the 150-year history of major college football, including only three such streaks since 2000.

* Clemson became the first team to reach 10 wins in 2019. It represents Clemson's ninth straight 10- win season, tied for the third-longest streak in FBS history. Eight of its 10 wins have come against Power Five opponents. No other team has more than six Power Five wins this year.

This game features the two most prolific offenses in the ACC, but the Demon Deacons are hurting.

Quarterback Jamie Newman had his worst game of the year last Saturday in the loss at Virginia Tech, and he will have to try and get back on track without two of his top receiving targets – wide receivers Sage Surratt and Scotty Washington.

Surratt leads the ACC with 1,001 receiving yards — he’s the only Power 5 Conference player with more than 1,000 yards — and 11 touchdown catches. His 66 catches are second in the league. Washington has 35 catches for 607 yards and seven touchdowns this season.

That means Newman will have to look for slot man Kendall Hilton and tight end Jake Freudenthal against one of the nation’s top pass defenses. When it comes to the run game, Wake had just 63 yards in last week’s loss at Virginia Tech. Look for Brent Venables to do what he’s done all season – disguise coverages, bring pressure from everywhere and harass the quarterback from start to finish.

Since throwing that interception at the end of the first quarter at Louisville, a play Dabo Swinney called stupid, Trevor Lawrence has completed 65-of-84 passes for 995 yards, 12 TDs, and no interceptions. Clemson has scored at least 55 points in all of three of the games since then. That’s called being efficient and really, really good.

Running back Travis Etienne now has five straight 100-yard games and he hasn't had more than 17 carries in any of those contests. Etienne has already broken several records this season and is on the cusp of many more. There really isn’t a lot you can say about the Clemson offense right now that isn’t a superlative.

On the flip side, the Wake Forest defense has given up more than 200 rushing yards in three of the last five games. The Demon Deacons are missing star linebacker Justin Strnad, who has missed the last two games and will be out the rest of the season with an arm injury.

The Deacons are 90th nationally against the pass.

Raise your hand when you recognize something you’ve read before. Clemson’s opponent this week has both an outstanding kicker and punter.

PK Nick Sciba has converted 27 straight field goal attempts dating back to the 2018 season, and he hit all five of his attempts against FSU a few weeks ago. Punter Dom Maggio is averaging a career-best 46.0 yards per punt and ranks third in the ACC in punt average.

Clemson kicker BT Potter has settled into his role and he’s a weapon on kickoffs. Clemson is 61st nationally in punting at a little over 42 yards per punt. Neither team scares you in the return game.

I expect Wake to try and run the football early, and they will have some success. Clemson’s defense has been susceptible to outside runs – the linebackers are too slow to close the gap at times and lose leverage – and teams have found success getting outside the tackles. But Newman will struggle to find targets down the field and the Tigers will start to pull away.

Wake is well-coached. They have plenty of heart. And they will want to play the role of spoiler. The talent is there to pull the upset. But it won’t happen. This Clemson team is focused on championship November and the Deacons are just the next team in the way.