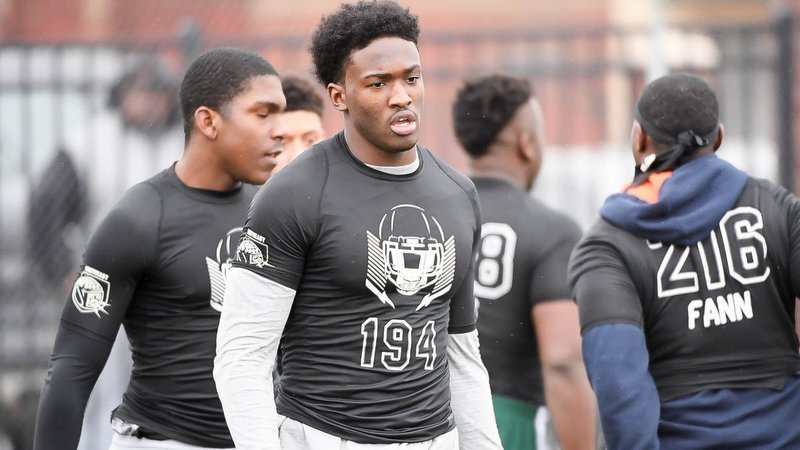 Harris works out at The Opening last week

Kevin Harris once considered Clemson one of his top schools, but he released a top group last week that didn’t include the Tigers. That doesn’t mean that Clemson is out of the running, however.

Clemson offered the 4-star 2019 defensive end out of Loganville (GA) Grayson in November, and it appeared at the time that the Tigers were the early frontrunners for Harris’ services. Harris, ranked as the nation’s No. 49 player in the ESPN 300 and No. 169 nationally by Rivals.com, released a top three a few weeks ago comprised of LSU, Alabama and Miami.

TigerNet caught up with Harris at the Nike Opening Atlanta Regional last week, and he said that the list reflects his current feelings.

“It's accurate but stay tuned. Things can change throughout the year,” Harris said. “Stuff happens and change is always there in life. I'm just going home and praying about my options right now. I think it's time that I start narrowing down my schools.”

What happened between Harris and the Tigers?

“I guess they backed off on me a little bit, but it's cool,” he said. “I don't want to burn any bridges or anything like that because they are good people. I do keep in contact with the coaches.”

Harris visited Clemson twice for games last fall, made another trip in January and brought his mother for a trip to campus in early March, and he said the Clemson coaches are still in constant contact.

Harris works out at The Opening last week "

“I still hear from them - Todd Bates, Mickey Conn, Coach Ski (Lemanski Hall),” Harris. “It (the March visit) was cool. I enjoyed myself. I saw a lot of familiar faces and had a good time. The people there are probably what stands out the most about Clemson.”

He said that he hopes to have a decision before his senior season.

“Probably August. I hope to wrap things up by August,” Harris said. “LSU, Alabama, Miami and a few other schools are probably recruiting me the hardest. I'm going to visit Miami, Alabama and a couple of other schools.”

Harris was one of the top competitors at the regional.

“I love competition,” he said. “It's great coming out here and being able to be with all of these good athletes out here. I had fun today.”