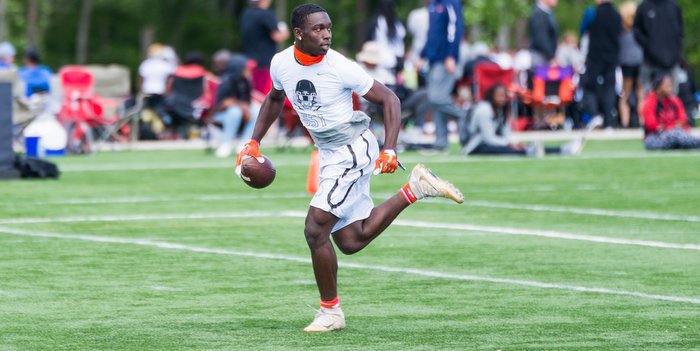 That’s the nickname that comes to mind when being around and talking to 2018 Clemson commit Derion Kendrick.

The 4-star out of Rock Hill (SC) South Pointe was in attendance at last weekend’s The Opening Charlotte Regional, and it’s obvious that Kendrick doesn’t like to talk about himself with the media. Even when he would line up in the 1-on-1 sessions, there was a quiet intensity to everything he did.

In baseball, people say that a pitcher who throws hard but looks like he’s exerting minimal effort has “easy gas.” The same can be said of Kendrick, who makes his route running look easy. But if you blink, he’s past you and gone.

That’s just who he is, Kendrick says, and there is a reason for it.

“Most of my life I have just been quiet. I don't really like talking because most of the time when you talk you perform bad,” Kendrick told TigerNet. “I like to be physical on the field. I will talk every once in a while. I like to play physical and play fast, and when you talk you can’t do that.”

Kendrick says he prefers focus over talk, and is glad his recruiting days are mostly over. 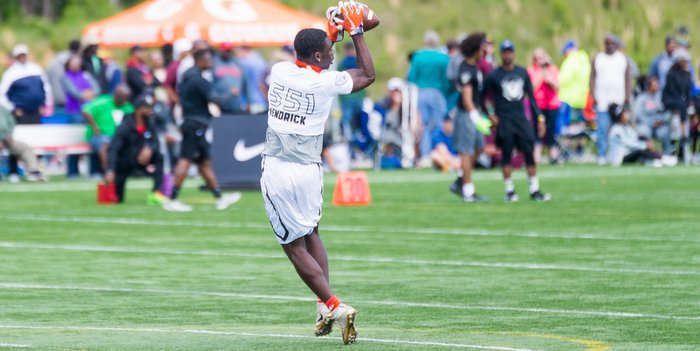 He admitted that he plays with intensity, and there were times during the 1-on-1’s when Kendrick would jaw – albeit quietly – with a defender. After one physical play where a corner obviously interfered with Kendrick (he still caught the ball), the defender tried to shake Kendrick’s hand. He would have none of it, saying, “That was a penalty.”

All part of the focus.

“There is a chip on my shoulder that makes me work harder and do what I am supposed to do to help my team win,” Kendrick said. “I have to help my coach out by being a leader on my team and carrying my team to a championship.”

That drive is one of the reasons he got his commitment to Clemson out of the way, and he told TigerNet there were a few big reasons why he wants to call Clemson home.

“I feel like I am at home. The atmosphere is great and I like the fast-paced offense,” Kendrick said. “That is what I have been running most of my life. I will get used to it quick.”

While fellow commits Xavier Thomas and Trevor Lawrence fill up Twitter and text message chains with pleas to other recruits to join them in Clemson, Kendrick is taking his time getting to know his future teammates.

“I will talk to them every once in a while on Twitter, and I will talk to them when I see them at camp or on a visit,” he said. “But other than that, we're not really close but we'll get closer soon. It's truly a blessing to be a part of this class, and I have to stay on track so I can play with them.”