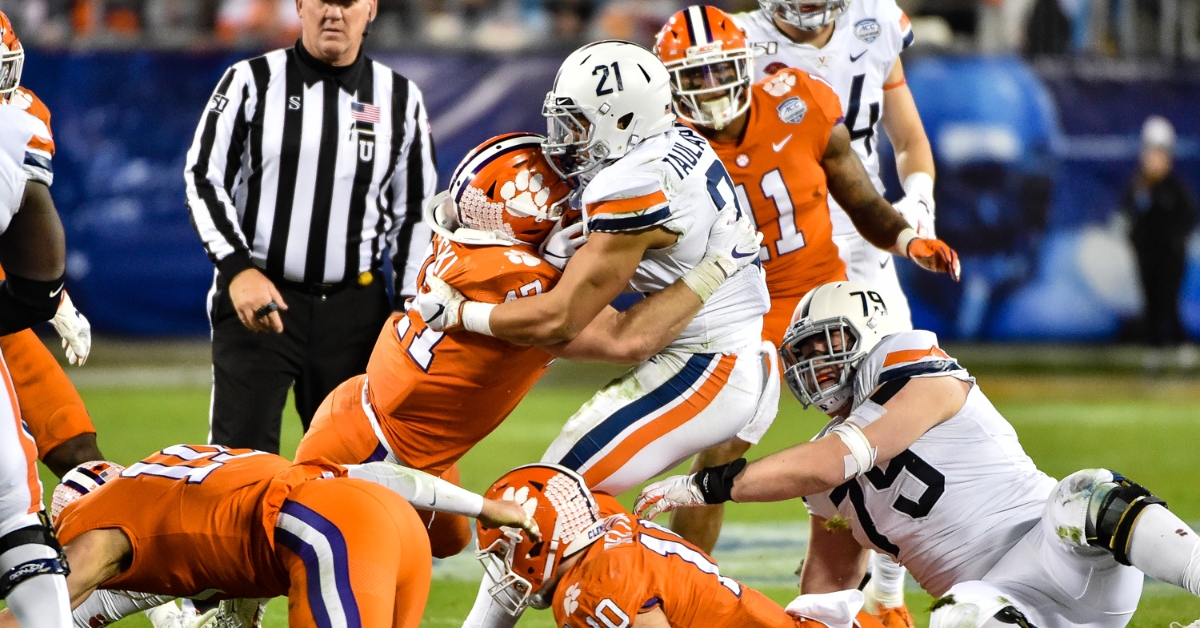 Skalski says he's glad the 300-game streak is over.

Clemson linebacker James Skalski is happy the 300-yard streak is over and he hopes that the pressure the Virginia offense put on the Clemson defense pays off in the College Football Playoff.

Clemson’s defense entered the ACC Championship Game with a streak of 12 games of not allowing an opponent 300 yards of total offense. Per ESPN Stats & Info, Clemson was the first team in searchable data dating back to 1996 to open a season by holding its first 12 opponents to 300 or fewer yards.

Virginia ended that streak with a gameplan that emphasized quick throws. The Cavaliers wound up with 387 total yards, converted 10-of-18 third down opportunities, held the ball for over 33 minutes, and ran 75 total plays in scoring 17 points.

“They definitely threw the kitchen sink at us, formationally and schematically,” Skalski said. “That's a good team. Virginia is a good team with a good scheme and you have to give credit to them. They played a good game. They had a lot of movement and eye candy. They can't go broke taking a profit and that's what they did very well. That's the best quarterback we have seen this year. They were tricky. They are a good offense.”

Skalski said he’s glad the streak is over.

“I am happy that the whole 300-yard thing is off our shoulders. We needed that,” he said. “It's been a while since we've been challenged, and I can tell you that they challenged us. That is a really good offense.”

Skalski said the players on the defense were angry during the third quarter of the game, but eventually realized they were about to win another championship.

“I remember, it was like 45-17 and we were pissed on the sidelines. We weren't happy,” Skalski said. “Then we kind of took a step back and said, you know what, we are winning 45-17 in the ACC Championship Game. We have to smell the roses a little bit. I guess we are just so used to the 300-yard thing and how many ever points per game we allow, but we were frustrated that they were able to move the ball like they did at points. But, it's a win. It's a good win. We held them to 17 points. It's a good performance so we have to be happy with it.”

He was asked if the defense felt any pride in holding the Cavaliers to just seven points in the first half.

“To us, we didn't, defensively speaking. It was frustrating,” Skalski said. “But we look up before the half and we are up 31-7. I think that just goes to show the standard of defense we have here. And what we expect to see when we are playing.”

Next up? Ohio State and the explosive Buckeye offense.

“Whatever happens, that will be another great challenge for us,” he said. “Playing Virginia in this game and being challenged was really good for us. A growing experience.”