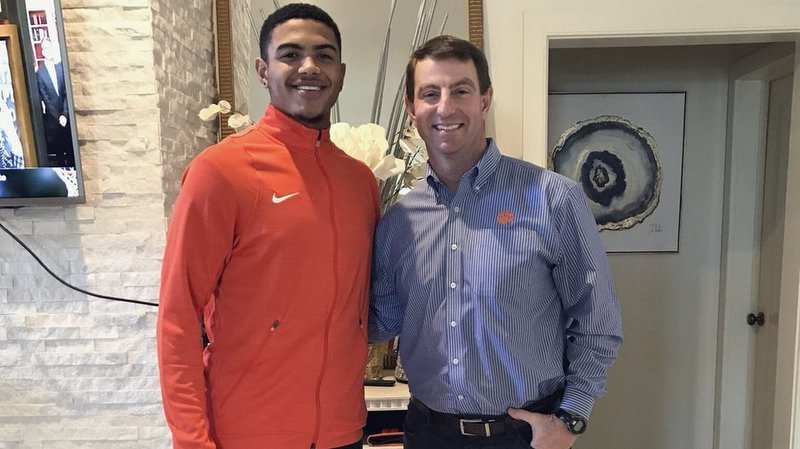 Clemson linebacker Bryton Constantin is just a few days away from stepping on campus to begin his collegiate career, and even though the calendar says May, he's already looking forward to November.

TigerNet is reaching out to the remainder of the 2019 recruiting class for a final interview before they arrive in June, and have a special Q&A with each player.

Constantin, a 2019 linebacker out of Baton Rouge, Louisiana, signed with the Tigers back in December of 2018 after being recruited by non-other than Brent Venables. Constantin measures in at 6’2, 207 pounds, with a vertical of 32.5, and a forty of 4.78. Despite suffering a knee injury in February, Bryton is expected to move in on schedule and begin his training with the Tigers, although he is expected to redshirt his freshman year.

Q: When are you moving in?

Q: What have you been doing to get ready for all of this?

A: My injury took a big toll in that. Usually, I would be speed training, weight training, doing all of that. Which I am, like I said, I just started running two weeks ago. I’ve been on the weights since my first week out of surgery, and I’ve been running. I’m just getting everything back into shape. I’m really just not sitting at home all day. I’m always doing something productive because I know that’s how it’s going to be when I get there.

Q: Have you received a copy of the play-book?

Q: Do you know who your roommate is?

A: Yes, Keith Maguire. Oh yeah, I’ve met him. The day I committed was the first day I met him. Me and him are good, it’s gonna be perfect.

Q: What number will you be wearing?

Q: What are the coaches telling you?

Q: Is there one game you are looking forward to even if you do redshirt your freshman year?