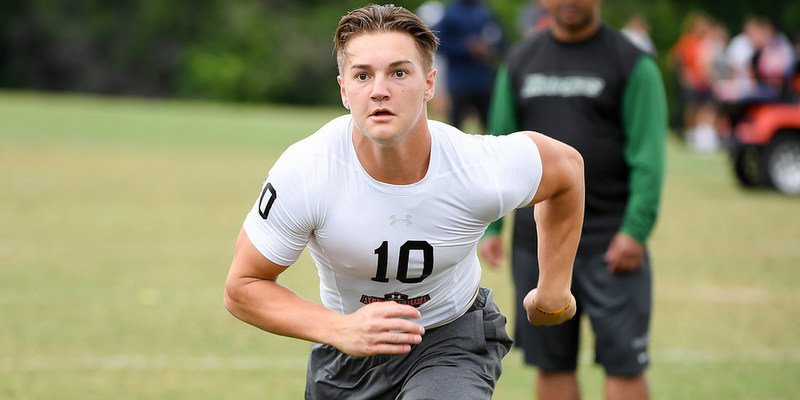 Spector works out at camp earlier this week

Brannon Spector didn’t know what to expect when Clemson head coach Dabo Swinney pulled him to the side earlier Thursday. The answer was better than he could have anticipated.

The 2019 athlete out of Calhoun (GA) wrapped up three days at Swinney’s camp on Thursday, spending time as a receiver in all but one session, where he practiced at safety. He apparently showed enough of a skillset that he got the news he had been waiting for.

“I honestly didn’t know what to expect,” Spector told TigerNet. “We were doing the one-on-one’s and Coach Swinney called me over. He told me that I was a really good player, and that while he didn’t know which side of the ball I would be playing on, he wanted me on their team and was offering me a scholarship.”

Spector has, of course, Clemson bloodlines. He is the son of former Clemson receiver Robbie Spector and brother of Clemson freshman linebacker Baylon Spector.

He came into camp hoping that a Clemson offer would materialize but didn’t know the dream was as close as it happened to be.

“This is an offer I’ve wanted for a long time. I’ve dreamed about it. It was amazing to hear Coach Swinney tell me I had it,” Spector said. “It just shows that all of the hard work I’ve been doing is paying off.” 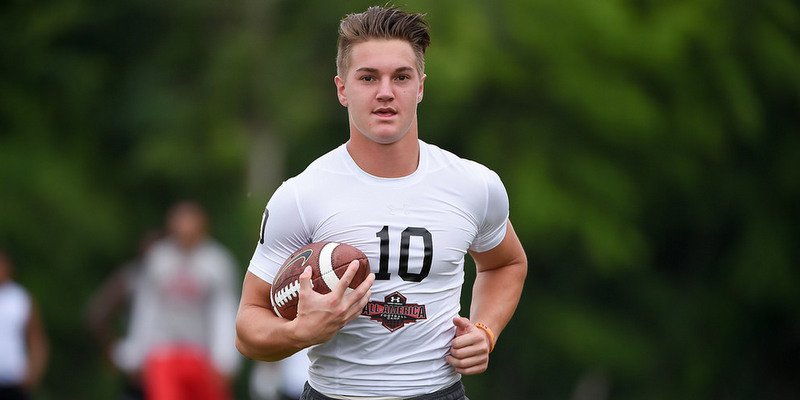 Spector works out at camp earlier this week "

Don’t expect him to commit to the Tigers just yet, however. He wants to enjoy the recruiting process, and he’s taking advice from Baylon.

“I talked to my brother about it, and he told me to take my time with it,” Spector said. “I don’t have to rush to make a decision. So I am going to go to a few other camps – maybe Vanderbilt and Kentucky – and see what other places have to offer. I want to try and make a decision before my senior year.”

Spector has been on campus more than once, and he was asked what stood out about this visit, other than offer, and he said the Clemson coaches.