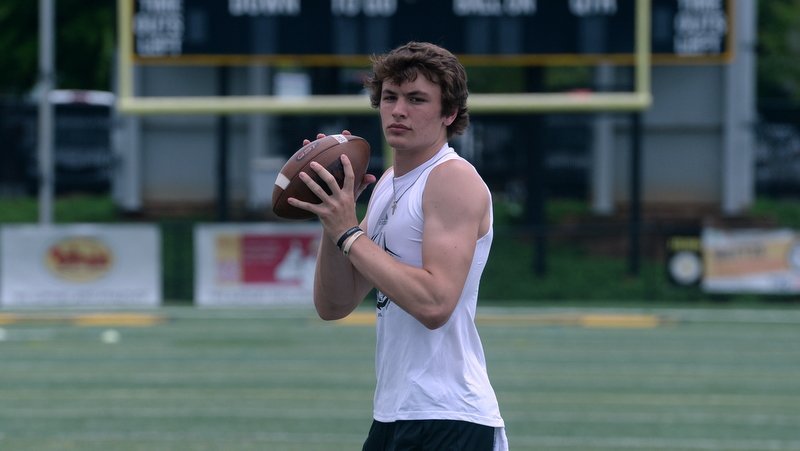 The 6-6, 205-pound quarterback prospect out of Greenville (SC), ranked as the third best 2019 prospect in South Carolina for the 2019 recruiting cycle. Beville has racked up 12 offers from schools like Pittsburgh and Appalachian State but is waiting for that one phone call from Clemson.

Beville’s father, Scott Beville, was a former linebacker and long snapper for Clemson, so the scholarship offer would please the entire family.

“Obviously, it would be great to have. Growing up a fan of the school, it would be crazy to say that I got an offer from my childhood dream school,” Beville said.

Growing up a Clemson fan, Beville can recall some of his favorite memories of Clemson. His absolute favorites including former Clemson running back, CJ Spiller, and Hunter Renfrow’s game-winning catch in the 2016 national championship.

“I’ve got a couple, I want to say Clemson was playing Boston College, but CJ Spiller was returning the opening kickoff and everyone was just going insane. That might be the loudest I’ve ever heard Death Valley get,” Beville told TigerNet. “And then another good one, me and my dad went to the national championship when we won, and Hunter’s (Renfrow) catch was right in front of us. It was crazy.”

As a quarterback, it was only natural for Beville to keep a close eye on star signal caller, Deshaun Watson. Not only did his arm talent catch Beville’s eye, but also his leadership and composure as well.

“Definitely as a quarterback, I was watching. He was the best quarterback in college football, no doubt. He was definitely a stud, just kept his composure up the whole game,” he said. “He definitely has that mindset that every quarterback has to have, no matter what happens you have to keep your composure.”

“The game kind of slows down for him. He definitely looks like he knows everything he needs to know, and he rallies the troops. They all follow behind him.”

While waiting on an offer, Beville has stayed in touch with Clemson’s coaching staff, including quarterback coach, Brandon Streeter.

“I talked to Coach Streeter yesterday (last Friday). It was a good conversation. He just told me I was on their radar, and I should come to camp. They want to see how far I’ve come since he saw me last,” he said.