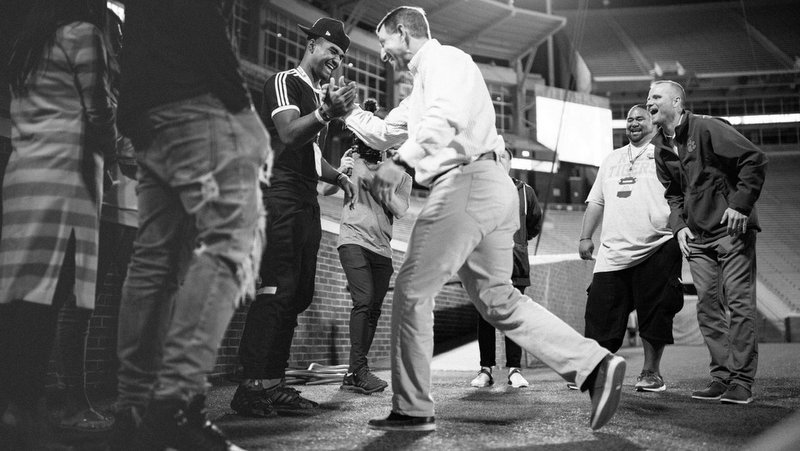 The stars continue to fall in Clemson’s favor, and one particular star began its journey last June.

However, it was on his visit to Clemson last June for head coach Dabo Swinney’s high school camp when he knew for sure he wanted to be a Tiger and that wish has never wavered.

“I knew for sure, well the time I felt it, was probably when I was out there in June - almost a year ago,” Uiagalelei told TigerNet in a special interview. “It was the first time I had been out there. I just felt like this was the place I needed to be. That was when I felt it. I felt like, this is definitely the place for me and this definitely where I want to be. This is where I want to play.”

Uiagalelei says he loves the fact that the Clemson coaches aren’t afraid to show their religious side.

“No, it's been the same feeling that I had in June. For me, the first time I was out there and being able to see college coaches talk about Jesus Christ, that was huge for me,” he said. “Seeing that, I knew this is the place I wanted to be. The people here talk about Jesus, and they're being open about it. That was a big thing for me because I had never heard that from a coaching staff or coaches before talk about Jesus Christ and just being open about it and showing their faith. I could just feel the Holy Spirit talking to me and telling me this is the place I need to be.”

Uiagalelei told the Clemson coaching staff about his decision when he brought his family for a multi-day visit that wrapped around the Tigers’ spring game.

“When I visited this last visit with my parents is when I told the coaches,” he said. “The commitment video is going to be crazy because it's me and Coach Swinney in the middle of the field in a full uniform. I told them the day I got there - that night. It was pretty cool.”

Uiagalelei and his family visited Oregon two weeks ago, and it appeared that the Ducks made a good impression. However, it wasn’t enough, and Uigalelei’s mind was on Clemson while he was in Eugene.

“I was pretty much 'All In' - both me and my family,” he said. “I also wanted to make sure that my parents and my brother saw Oregon just kind of to make sure that we were making the right decision, but I already felt like we were making the right decision because I already committed, so it was like I already know what I'm doing. Going back to Oregon, it solidified the decision for Clemson. It just made it that much more clear. It was clear but it just made it super clear, like 20/20 vision.”