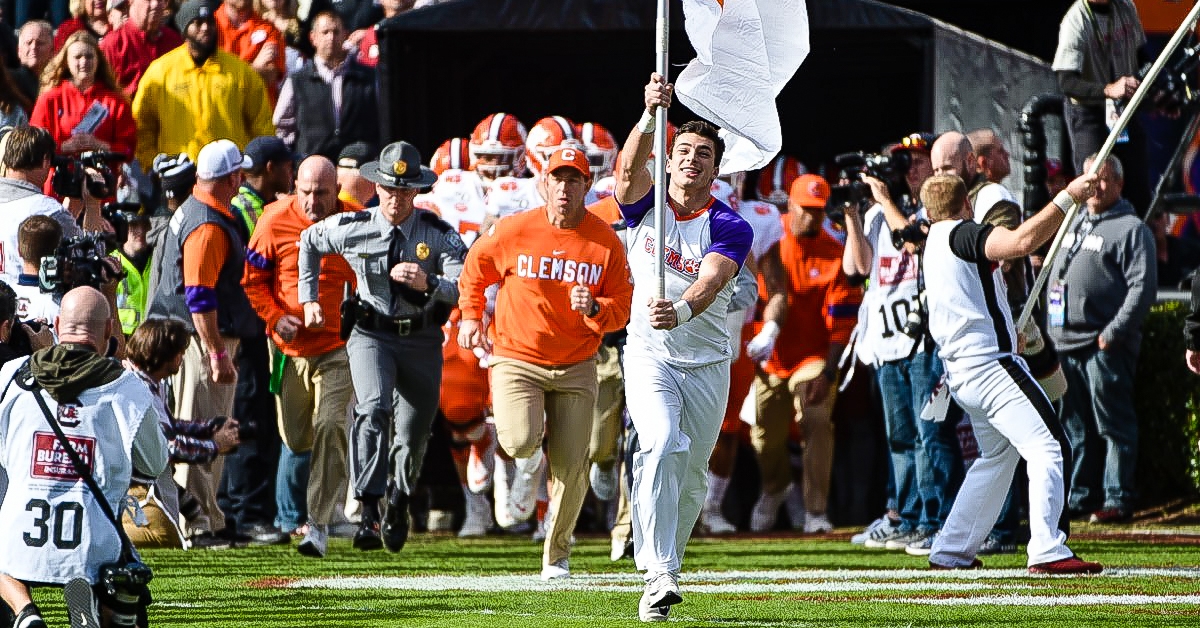 Clemson’s football program stands alone when it comes to success on the field and in the classroom.

On Tuesday, the NCAA released its annual report of the Academic Progress Rate, or APR, measuring the improvements and academic success for the 2018-2019 school year.

The Academic Progress Rate is a real-time measure of eligibility and retention of student-athletes competing on every Division I sports team.

An APR of 930 projects a 50 percent Graduation Success Rate (GSR). The goal of the NCAA’s academic performance program is an improvement, not punishment. Not only does the program ensure accountability for student-athletes, teams and institutions, but also it provides fairness by considering individual circumstances per team and school.

How did Dabo Swinney’s program fare? Well, the team that has won five consecutive ACC Championships is also getting it done in the classroom, leading the ACC in APR.

Where do the Tigers stand nationally? That is another point of pride – Clemson finished fifth nationally with its 993 score, trailing only Washington (999), Ole Miss (997), Northwestern (995), and Air Force (995).

On the field during that APR period, the Tigers had a 55-4 record, two National Championships, four CFP appearances and four ACC championships. Only three schools have finished in the top five in the nation in ARP nine of the last ten years, and they are Northwestern, Duke, and Clemson. Only two schools have nine consecutive ten-win seasons in the same span – Alabama and Clemson.

“I take a ton of pride because that's the first objective of our program is to graduate our players. And not just to graduate them but make sure they get their education,” Swinney told TigerNet. “I think it's 262 of 267 seniors, all of these guys have graduated and we've had some juniors who have come back and to me that is the very first cornerstone of our program is to graduate our players. I was the first college graduate in our family. I have a great appreciation of the value of getting your education and the opportunities that come with that. We are trying to instill in all of our players the value of education and that they are more than just football players.”

Swinney said he wants to win on and off the field.

“But, I think the biggest thing for us, is the fact that we've been able to win at the highest level on and off the field. That is what we've wanted to do,” he said. “We wanted to build the model program. So many people have the misconception that you can't be great athletically and be great academically and we have proven that is not the case. And nine out of the last ten years we’ve been top-ten academically with Northwestern and Duke. But yet we’ve in five Playoffs and played in four National Championships, too.

“I think it is awesome for me to see us win at the highest level without seeing us compromising or sacrificing high academic standards. It’s a big deal to be one of only three schools to have nine out of ten years academically, and one of only two schools to have nine 10-plus win seasons in a row. I think that is all you need to know about the culture of our program, the young people we have here, the commitment of our staff, and for me personally it’s a big deal because I was the first college graduate in my family. I want all of our guys to experience the opportunities that come through with getting your degree.”