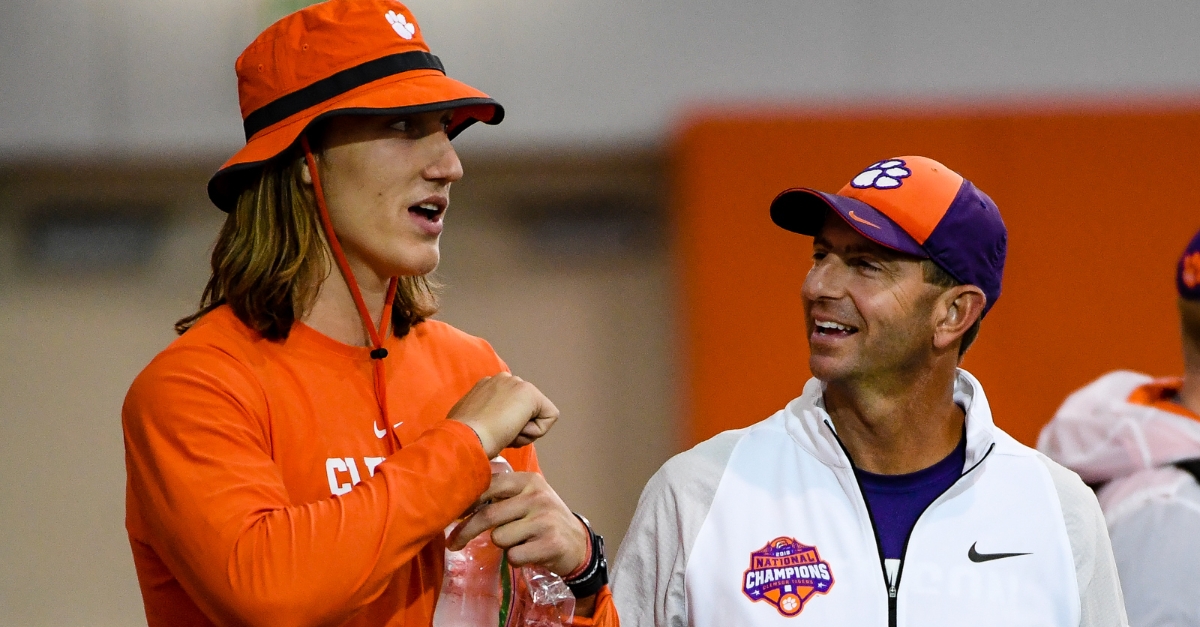 Clemson football has all coaches and players back on campus.

Clemson is full speed ahead in its preparations for a football season.

As positive test numbers for COVID continue to skyrocket across the region and in South Carolina, the Tigers are still preparing to play football with many critical components beginning today.

As part of our update, I will start with the university. In late May, the university unveiled a three-phase plan to reopen the school in the hopes of getting students back on campus and learning in person by the time the fall semester starts. Phase 1 was bringing a limited number of workers, faculty and students back to campus, Phase 2 would grow that number, with Phase 3 getting everyone back on campus for fall.

That plan is no longer in place according to an email sent by the provost two weeks ago. With numbers continuing to grow, the university is taking a more “holistic” approach to reopening and still hopes to have everyone learning in person by the start of the fall semester on August 19th.

However, the plan for the school hasn’t affected the plans by the athletic department, specifically football.

The athletic department sought the input of fans in a 23-question Clemson Athletics Fan Outlook Survey that was delivered Thursday via email to IPTAY season ticket holders for 2020 and due back on Monday, July 13. Questions included comfort level on attending games by month, attitude toward measures mitigating COVID-19 spread and a hypothetical choosing between football in the fall with no fans or football in the spring with fans.

“As critical decisions are made in the weeks and months ahead, input from our IPTAY donors and season ticket holders is an important piece in informing those decisions,” spokesman Jeff Kallin said. “Deliberate and careful thought was put into the creation of the survey, which captures a set of beliefs during a select period of time. We will continue to evaluate a number of options related to stadium capacity, parking, and ticketing.”

So what is happening with the football team currently? We know that all coaches and players (except those who have a positive COVID test) are back on campus and in their offices and preparing for the season.

The NCAA released practice guidelines for starting the season that look like this:

*Assuming a school's first scheduled football contest is on Saturday, Sept. 5 (or the week of like Clemson's), schools may conduct up to eight hours of weight training, conditioning and film review per week (with not more than two hours of film review per week) from July 13-23.

Then, from July 24 through Aug. 6, schools may conduct up to 20 hours of countable athletically related activities per week (not more than four hours per day) as follows: Up to eight hours per week for weight training and conditioning.

*Up to six hours per week for walk-throughs, which may include the use of a football.

*Up to six hours per week for meetings, which may include film review, team meetings, position meetings, one-on-one meetings, etc.

*During this 14-day period, student-athletes are required to get at least two days off.

Now, this isn’t all that different from the usual ramp-up to the season. It just gets more coverage because we are in a pandemic. The difference is that the athletic department is having to make sure everything is done in a safe manner. In many respects, the football program is still in Phase 1 operational mode from a safety standpoint – distancing, masks, gloves, sanitizing weight rooms, etc. It’s simply not called Phase 1.

Clemson is starting the required conditioning today. According to the guidelines above, Clemson can’t start camp practice until August, but the coaches can do film study with their players starting this week. The coaches and players can meet in person – they will have temperature checks and are advised to wear masks and social distance and meet in small groups – but virtual meetings are advised.

There is a Board of Trustees meeting next week – I’ve been told the big topic will be tuition – but there will be an athletics component that we will be watching.