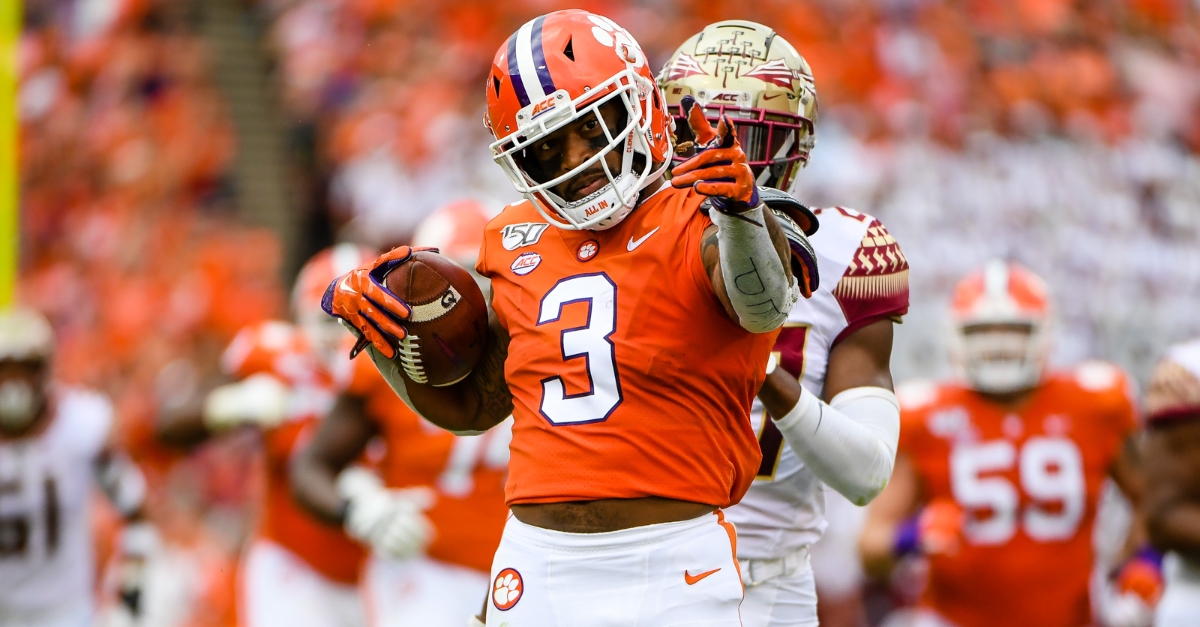 Clemson moved back into the top-four after a 24-ranking streak was snapped last week.

Clemson’s stay outside of the College Football Playoff committee top-four lasted all of a week.

Dabo Swinney’s Tigers had spent 24-straight weeks inside the CFP top-four up to last week’s No. 5 ranking, but with both No. 3 Alabama and No. 4 Penn State going down over the weekend, Clemson moved up to No. 3. LSU leads the new CFP poll, followed by Ohio State and then Georgia is No. 4, and Alabama, No. 5.

"There is no reasonable way Clemson could stumble before the Playoff," ESPN's Rece Davis said during the ranking unveiling show.

Minnesota made the largest jump into the top-10 in the CFP era, going up nine spots to No. 8 after downing Penn State (which dropped to No. 9). Fellow unbeaten Baylor actually dropped a spot to No. 13 despite moving to 9-0.

The Tigers were No. 3 in both the Coaches and Associated Press polls this week after starting as the preseason No. 1 in each back in August. 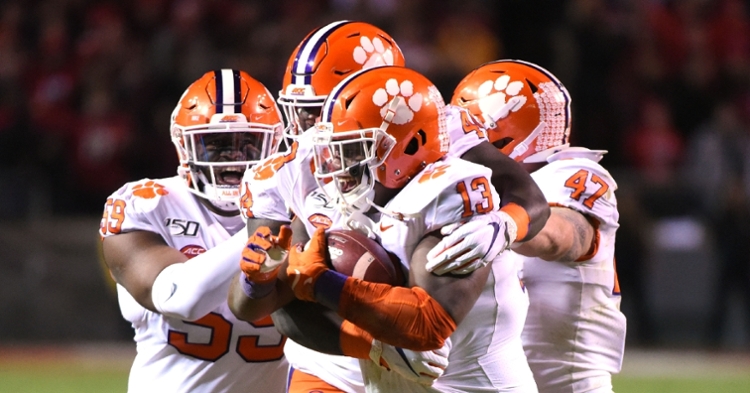 Clemson moved back into the top-four after a 24-ranking streak was snapped last week. "

Clemson has spent the second-most weeks in the CFP top-5 rankings all-time (26), only trailing Alabama (32) since its 2014 inception. Clemson, Alabama and Ohio State are the only three teams to be in each of the 33 CFP Top 25 rankings.

The Tigers seek to be only the second team ranked outside the top-4 in the first CFP ranking to go on to win the national championship (Ohio State in 2014, No. 16).